Don’t miss your chance to see the Australian Boomers NBA superstars to take on Canada in Perth this August.

The Australian Boomers, featuring their NBA superstars, will return to Perth this August to take on a star-studded Canada outfit in a two-game series at RAC Arena with tickets now on sale from Ticketek.

These two massive games to be played on Friday August 16 and Saturday August 17, will be the first time the Boomers have played in Perth since 2014 and will serve as important preparations ahead of the 2019 FIBA Basketball World Cup to be contested in China later that month.
The Boomers line-up is set to feature the strongest Australian team ever assembled including Ben Simmons (Philadelphia 76ers), Patty Mills (San Antonio Spurs), Joe Ingles (Utah Jazz), Andrew Bogut (Golden State Warriors), Aron Baynes (Boston Celtics), Matt Dellavedova (Cleveland Cavaliers), Jonah Bolden (Philadelphia 76ers) and Deng Adel (Cleveland Cavaliers).

Basketball Australia Chairman, Ned Coten said: “We are thrilled to bring the Boomers back to Perth. The Perth basketball community and fans at large in Western Australia are some of the most dedicated supporters in the country and we have no doubt that the RAC Arena will be sold out for both games in August.”

Australian Boomers Head Coach Andrej Lemanis said: “I’m excited that the Boomers get to return to Perth, it’s such a wonderful basketball community. We see them get behind the Wildcats year in and year out and the city has a great basketball culture so I’m looking forward to getting into the RAC Arena again.

“It’s been a long time since we’ve been able to play warm-up games on home soil against quality opposition. It’s great reward for the Australian fans and we know there will be a lot of excitement surrounding the games, but as a team, we need to focus and utilise these games to learn about ourselves before the World Cup begins.”

Following these games in Melbourne when the Boomers take on current world champions and Olympic gold medallists, USA Basketball in front of over 110,000 fans across two massive games at Marvel Stadium.

Not since the 2000 Sydney Olympics has Australia seen such high-quality men’s international basketball on these shores, with TEG Live playing a central role in delivering these four games,
in addition to USA Basketball vs Canada at Qudos Bank Arena on August 26.

TEG CEO Geoff Jones said: “As the country’s pre-eminent promoter of international sport, TEG Live is delighted to be bringing the biggest stars in basketball to Australia this August. Basketball in Australia is enjoying unprecedent popularity and this is in no small part to the number of Aussies playing in the NBA, which are the same stars who will be representing the Boomers in both Perth and Melbourne.”

Western Australian sports fans will not want to miss these two games at RAC Arena on August 16 and August 17, with tickets now available from ticketek.com.au. 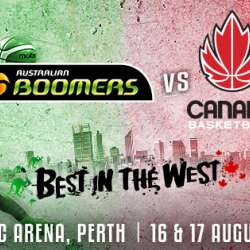 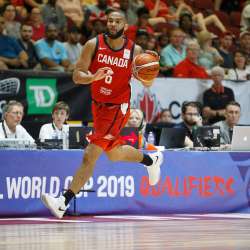 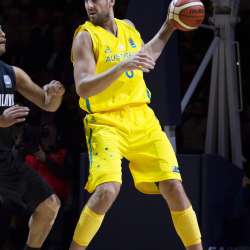