Dom: Kerr, Judd and Cousins were always the players I admired as a child.  Whether I join the group in the years to come, well, I’m only young, I’m 18, so that’s a tough question. It’s definitely something I would like to do in the longterm.

Dylan: I admire Brendan Goddard (Essendon) for his versatility. His overhead marking has been compared to mine, and that’s a massive compliment.

Myles: How did you start your footy career?

Dom: I’m from a small town - Kalgoorlie - but ended up playing for Subiaco. I was also the captain of the under-18s WA team.

Dylan: I played for South Coogee, and spent 12 years with Auskick alongside Sam McCarthy who’s gone to GWS.

Myles: What guernsey are you going to be wearing?

Dom: I’ve got Daniel Kerr’s number 4 - those are big shoes to fill. He was definitely my favourite player when I was growing up, and I’m really looking forward to the opportunity of playing.

Dylan: I’m wearing Anton Hamp’s number 40. My attitude is you can make your own history with that number.

Myles: How are you preparing for the beginning of the season?

Dom: We’re taking it week by week at the moment, working towards the NAB Cup.  It’s hard - pre-season training is so much more than anything we’ve done before.

Dylan: Yes, it’s a massive step up - but I’m still really enjoying
it all.

Dom: We’ve just started training in a rehab group with the main group. So on Mondays, Wednesdays and Fridays it’s balls out, then weights four days a week.

Dylan: We’re running lots of laps on the oval too. It’s pretty overwhelming to train with your heroes.

Myles: Who has particularly helped you at the club so far?

Dom: Mark Nicoski is mentoring the young players at the moment. For me, Scott Selwood has been great - he’s got plenty of leadership qualities.

Dylan: Adam Selwood in midfield is mentoring too. We’re pretty well looked after, and told to remember to be good role models.

Myles: Where are you playing mostly in training?

Dom: We’re not exactly in a set position yet - I play in the midfield group together, but also play front and back too.

Myles: What would be the highlight for you of the 2014 season?

Dom: Undoubtedly it would be playing my first game, but I really just want the team to do well.

Dylan: We’re the new breed starting the season - there’s a new game plan. It’s nerve-wracking starting in a new team but exciting too.

Myles: What do you do to relax?

Dom: I like playing golf and swim whenever I can.

Dylan: I play golf too or hit the beach and bodyboard.

Main is a versatile midfielder who has the ability to play at either end of the ground if needed. Exceptional by foot, he has shown he is capable of kicking goals when running hard forward into space.

“Dylan is from South Fremantle. He plays wing or half-back. He played colts for a lot of the year and then moved in to the (WAFL) reserves for some of it. He’s a good runner, he’s got good skills and he can play a few different roles. He could quite well move in to the midfield at some stage” - Rohan O’Brien, recruiter for the West Coast Eagles.

Sheed is a strong, physical midfielder who is a great decision maker. He’s got a thumping long kick and is capable of finishing off in front of goal.

Born in Kalgoorlie, Sheed moved to Perth to pursue his football, progressing through the ranks at Subiaco, eventually playing at league level in the WAFL.

He won the Larke Medal as the best player in division one of this year’s NAB AFL Under-18 Championships.

“He’s been a pretty well-performed player for a few years now. He’s had two years of AIS/AFL Academy and has played league football for Subiaco for two years now. We think he’s been up among the higher echelon of talent for a couple of years now and it was interesting to see that we were aligned with Dom. To have him available at pick 11 was really pleasing” ~ Rohan O’Brien, recruiter for the West Coast Eagles. 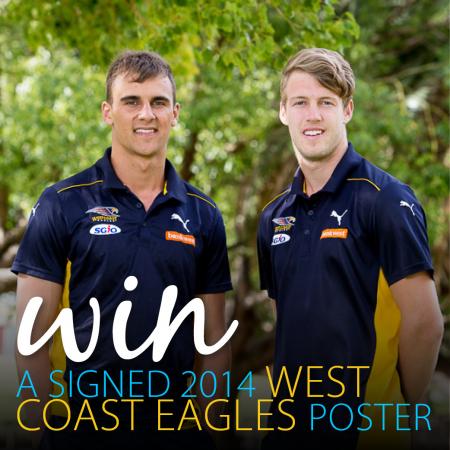 WIN a signed 2014 team poster from the West Coast Eagles. 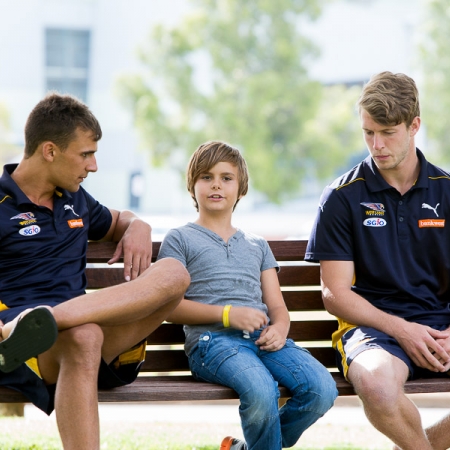 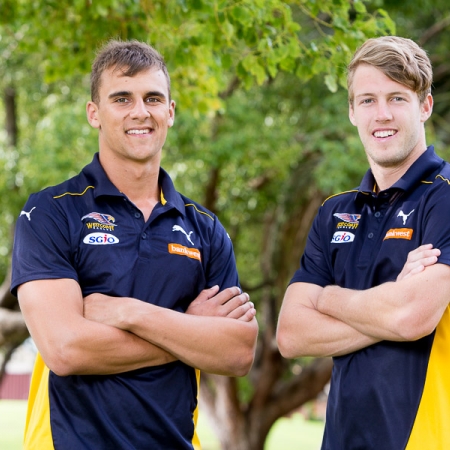 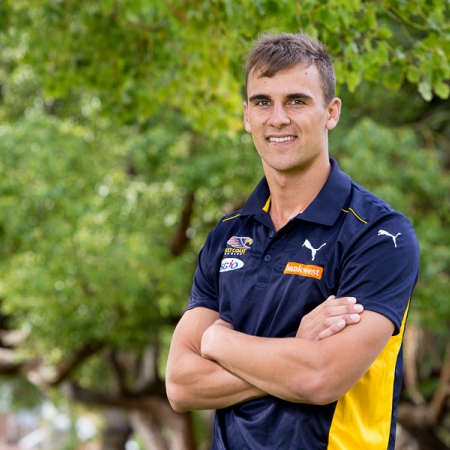 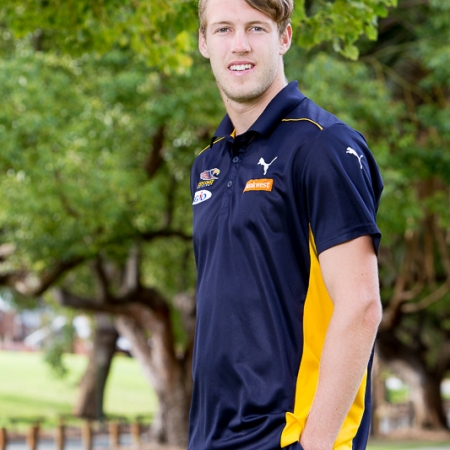