Forever the opportunist, Peard Real Estate’s CEO Peter Peard has taken a step which will ensure his company remains at the forefront of the coastal property game, says Dea Lalovic.

As the property market along the Rockingham and Mandurah coastal strip heats up, the Peard Real Estate Group has appointed a new Sales Manager for the region.

“The Rockingham to Mandurah coast was one of the fastest growing in the country in the past 12 months.

“We want to be sure that our teams are in the best position to act on this growth which is why we have appointed Simon Goodwin as the Sales Manager for the region. Last financial year the value of new residential building approvals for the area hit nearly $1 billion - an increase of $150 million.

“With the area now accounting for 15 per cent of greater Perth’s new home building, housing in the region is expanding at a rapid rate with many new estates being developed along the coastal strip," says Peter.

Peter hopes the newly created role will help cement the two regional offices as some of Perth’s top performers.

“Simon is a local area expert and will be working with the sales teams at both of our Mandurah and Rockingham offices to drive sales and increase business opportunities."

Simon said he was delighted when Peter approached him for the newly created position.

“I was working for another real estate agency at the time and looking for the next big step in my career.

“It’s a fantastic opportunity to be able to partner into one of WA’s highly regarded real estate companies. We have a great team at both the Mandurah and Rockingham offices and I’m really looking forward to expanding the offices further,” says Simon.

It's clear that Peter doesn’t do anything by halves, planning to double the sales teams in both offices over the next two years with Simon playing a pivotal recruitment and mentoring role.

“Simon has the specific skills to oversee the expansion of our sales teams who have already been recognised with numerous industry awards.

“Simon also joins our company as a shareholder and will be influential in the company’s future business decisions."

For real estate Sales Associates in the area looking for their next career move, now could be the perfect time to enjoy a fulfilling career with one of WA’s most recognised real estate agencies.

“Peard Real Estate’s commitment to staff is second to none, I’ve quickly realised that," says Simon.

“With the regional coastal strip experiencing growth and attracting keen buyers and sellers into the market, it’s a great time to be working in the area.

“And if you are serious about your real estate career, Peard Real Estate is certainly the company to be speaking to," says Simon.

Are you looking to take your real estate career to the next level? With a strong brand, endless support and an unbeatable team culture, our Mandurah and Rockingham offices want to hear from you! 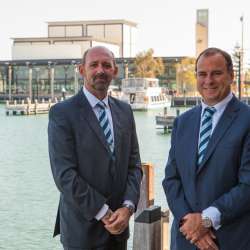 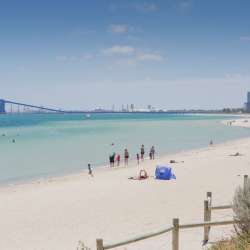