A unique support group aims to take the mystery out of growing up for girls. Carmen Jenner takes an honorary membership to find out more.

As women, we all get them. You know, “THAT time of the month” or “Aunty Flow’s in town” or “the painters are in” and so forth. Sometimes the arrival of our periods is met with relief, other times it’s with heartache, but more often than not we simply accept it’s all part of being a woman and we soldier on, slightly forlorn.

Eventually, the battle ends and we emerge unscathed and sometimes even triumphant. As grown-ups, we’re used to this monthly event. But cast your mind back to when you were just starting out, and getting your period was all new and, quite frankly, mortifying. Now imagine getting your period at the age of eight? Or to a girl with special needs? Or, an eight-year girl with special needs?

Secret Girls’ Business (SGB) was formed by former teacher Fay Angelo, nurse and sexuality educator Heather Anderson, and psychologist Rose Stewart, specifically for girls facing puberty at a young age. Secret Girls’ Business also happens to be the name of their first book which modestly began as a pamphlet.

After receiving a small grant to hire an illustrator to make it appealing to children, a format they’ve carried through all their books, the concept was met with such appreciation by schools, demand was high.

Finding a publisher was another matter. Making the decision to self-publish made sense and they published the minimum 2,000 copies in 2003 thinking they’d never move that many. They have well and truly surpassed expectations and joined the legions of best-selling titles with the sale of 55,000 copies of Secret Girls’ Business alone; and hence the name of their company.

The tale doesn’t end there. Schools specialising in special needs raised their hands for a version catering to their girls, and Special Secret Girls’ Business was born.

Of course, the boys didn’t want to be left out either so Secret Boys’ Business came to fruition. The demand continued for more puberty demystification, so More Secret Girls’ Business and More Special Girls’ Business joined the ranks. Then the Secret Business of Relationships, Love and Sex emerged to handle issues surrounding early secondary schoolers with the ebb and flow of relationships.

The collective sighs of relief from parents across Australia carried SGB internationally with translations extending as far as Japan, Greece and Vietnam, with specific interest from the US on the range catering to special needs. SGB have never marketed their books; their success is due to word-of-mouth, and down to the distribution of Denise Jones & Associates and their support of Australian authors. Over 155,000 books in total have sold.

Commendable success aside, Fay is a firm believer that sex education is ongoing from the time of birth - after all, body parts are body parts, and there’s no need to emphasise genitalia from any other part of the body. Fay advises parents: "Answer kids’ questions honestly but only with the information they need. Discuss it in the normal way we educate our kids. Be as natural as possible.” Gone are the days of the dreaded “birds and bees talk” where you hit them with it all in one awkward conversation.

Invariably, as parents, we’re often not prepared for the questions. Fay can’t stress enough: “It’s so important to give them the correct information before they’ve formed an opinion and have started worrying about it or getting the information from the internet and friends. There are so many myths and legends, many of which are frightening and incorrect.” Fay suggests introducing the first book in the series early on as a gentle introduction and moving onto the others as appropriate." Questions will naturally arise although sometimes at inconvenient times and as Fay notes, “It’s often when you’re driving and eye contact isn’t necessary. Simply give them a short answer and tell them you’ll follow up with them later. Once everyone is over the embarrassment, you can have a great discussion. But keep it age appropriate.”

Puberty is a huge part of life and development, but with these resources readily available, it needn’t be so daunting. In fact, it’s something to be celebrated, after all, we’ve been given the gift of creating life. Steady on. Let’s take Fay’s advice and tread gently.

For more details head to secretgb.com or order directly from bookdepository.com 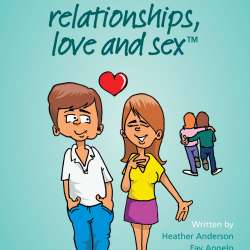 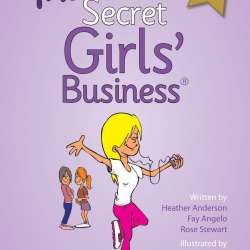 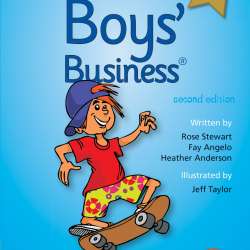 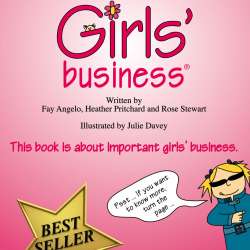 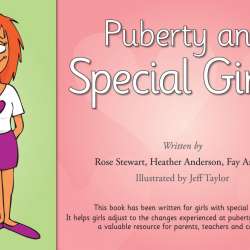