Time shall not weary them but with each year, the horrors of the First World War, and its devastating effect on the young Commonwealth of Australia, fade a little more.

Thankfully there are authors like Patrick Lindsay around to keep alive the memories of those who sacrificed all in the ‘war to end all wars’. Gallipoli, of course, is seared into Australia’s psyche while the horror of what happened on July 19, 1916, in the French village of Fromelles less so - but it should be. For on this day, as evocatively retold by Lindsay, Australia suffered its worst ever military defeat when a British officer ordered 15,000 Diggers to go ‘over the top’ and attack German lines. Eight hours later more than 5,500 Aussies were dead or wounded - the equivalent of all Australian casualties from the Boer, Korean and Vietnam wars combined. 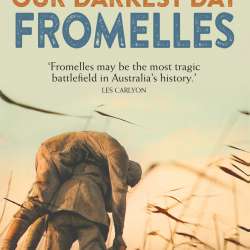