It's no surprise to Peter Peard, CEO of the Peard Real Estate Group that the next logical step for his business is to expand northwards into the Pilbara city of Karratha.

“For several years our company has been very interested in breaking into the North West property market," Peter said.

“However, the economics of operating in the north-west simply did not add up due to the very high operating costs fuelled by the recent resources boom.

“Our group believes that with the north-west property market now undergoing a market correction, is a very opportune time to expand into the region.

It’s no coincidence that the group, which is the largest independent real estate entity in WA, has chosen Karratha as its first regional outpost - the town has been a hot spot for some years and Peter and his team have watched developments in the northern town closely.

“We strategically chose Karratha as our first regional office because we believe that it is now possibly at the bottom of its property cycle and has lots of upside during the coming years," Peter said.

Despite this apparent bottoming out of the previously red-hot real estate market in Karratha, Peard is confident that the town’s fortunes are about to change again.

“We believe that the Karratha real estate market is primed for an upswing driven by more realistic selling prices and the fact that the supply of houses advertised for sale is declining which in turn will put an upward pressure on prices," he said.

“For example, the number of properties advertised for sale in Karratha during the September 2013 quarter has dropped for the fifth consecutive quarter to 108 compared to a record of 304 during 2012."

By using the same sales and property management systems which have proven so successful in the heartland of the company’s operations - Perth and its suburbs - the Group believes Karratha’s property owners will benefit exponentially from the arrival in the city of a major new player.

“Our sales and property management systems are well known for offering an exceptional level of service and that’s what we’ll be replicating in Karratha," Peter said.

“In particular, local property investors will benefit from our highly experienced property management team which currently manages over 2,000 properties in Perth.

“We expect a large number of our existing Perth clients who own investment properties in Karratha to now use Peard to manage their properties as before they has no choice but to use a alterative real estate company in Karratha."

“The office will be located in the best location in the city which is at Shop1, Karratha City Shopping Centre.”

The expansion to Karratha is by no means a ‘flash in the pan’, said Peter.

“Over the longer term, Peard plans to open additional offices in the North West when the timing is opportune."

George Cook, licensee and director of Peard Real Estate Karratha City, said that the opening of the new Peard office in Karratha was a major vote of confidence in the local real estate market.

“The Karratha real estate market has experienced challenging times in recent years and it is fantastic that one of the state’s most successful real estate companies has decided to open a new office in Karratha.

“Despite the negative media headlines about the end of the resources boom, the reality is the economic future of Karratha still remains very positive due to its diverse local economy covering the production of iron ore, salt, LNG and ammonia to name a few,” said George.

“As a director of Peard Real Estate Karratha City, I have become a shareholder of the new Peard office as I firmly believe the outlook for the Karratha property market will be very positive over the coming years,” he said.

Karratha is one of the busiest inbound regional towns in WA, located on the North West Coastal Highway about three hours drive from Port Hedland.

While it’s mostly known as an ore industry town, it draws many corporate workers and business people and serves as a gateway to some of WAs lesser known and generally untouched regional gems.

If you’re looking for somewhere to stay then the Best Western Karratha Central Apartments is the ideal base for leisure and corporate travellers, situated right in the centre of town.

Offering 84 fully-serviced rooms, it's one of the most modern and comfortable hotels in the Pilbara.

There are charge back facilities with leading Karratha restaurants which are all located within walking distance - a real convenience and a great idea.

If you have time, take advantage of Karratha being within the mighty Pilbara.

It is the perfect base for your outback adventure, from the grassy plains of the Hamersley Ranges, the waterfalls and pockets of tropical wilderness in the Karijini National Park to the magnificent islands of the Dampier Archipelago.

Want to stretch out in Karratha? Then try the Jaburara Heritage Trail, a three and half kilometre trek through the top of the ranges overlooking breathtaking views. Aboriginal rock art and unique flora and fauna are some of the sights along this relaxing and entertaining walk.

Families will love it because the kids can get back to nature.

Take a drive into Dampier to watch the sunset with the spectacular “stairway to the moon” at Hearsons Cove, visit the infamous statue of local hero Red Dog, or enjoy the local nightlife.

And if your'e hungry don't miss the prawn linguine at Blanche Bar - it's unforgettable - just like Karratha. PL 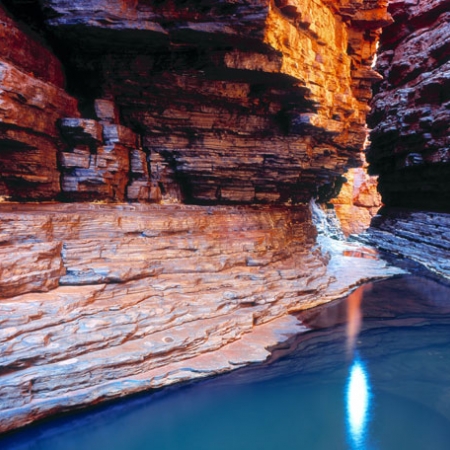 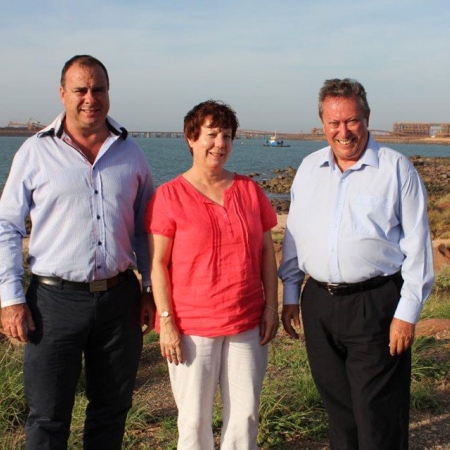 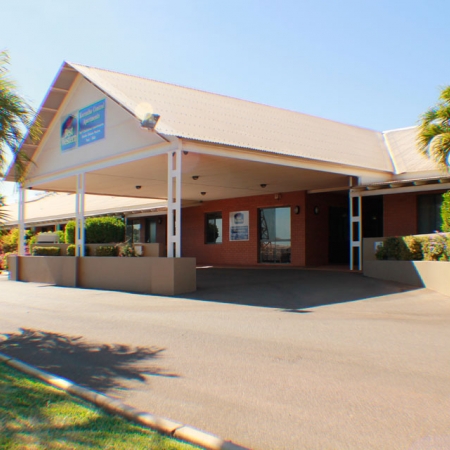