Stories are the wildest things of all – The Monster

A Monster Calls, directed by J.A. Bayona and based on Patrick Ness’ award-winning novel, is a difficult pick to neatly categorise. Being a story about stories, focusing on the life of 12-year-old Conor O’Malley (Lewis MacDougall), the overall essentials of the film point to something of a kids’ movie. However, the deep and emotionally challenging themes make it far more than that.

Conor O’Malley is coping with something far too grim for his age, his mother’s (Felicity Jones) cancer. Being his sole rock in life, her illness has thrown his world into chaos and forced him into spending time with his somewhat cold grandmother (Sigourney Weaver), despite dealing with his tragedy alone. Or at least alone on the surface…

Conor unexpectedly summons a most unlikely ally, who bursts forth with terrifying grandeur from an ancient towering yew tree and the powerful earth below it: a 40-foot-high colossus of a creature (portrayed in performance-capture and voiceover by Liam Neeson) who appears at Conor’s bedroom window at 12:07 one night – and at that time on nights thereafter.

The Monster has stories to tell, and he insists that Conor hear them and powerfully visualise them. Conor’s fear gives way to feistiness and then to looking within; for The Monster demands that once the tales are told it will be time for Conor to tell his own story in return. Ancient, wild, and relentless, the Monster guides Conor on a journey of courage, faith and truth.

While the themes of A Monster Calls are heavy and heart wrenching for the most part, they are simplified and shaped in a way so that children of a relatively early age can understand. Conor’s fantastical world of monsters and stories makes for a modern-day fairy-tale with realistic and honest lessons at its core. Ultimately, A Monster Calls is a gripping story for any age. 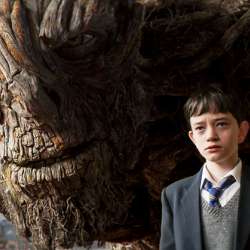 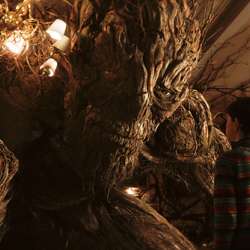 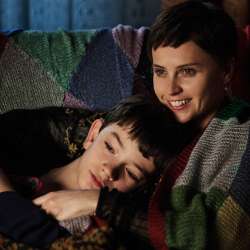 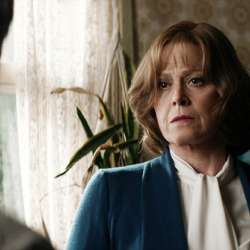