The Good Food & Wine Show only seems to get bigger and better each year, with Adam Liaw, Jack Stein and Manu Feildel being just a few of the celeb chefs showing their faces.

I started off the morning with a perfectly crisp Cape Mentelle Rose (when in Rome) while I scoped out what was on offer. There was a lot. It can be hard to know where to begin, but I decided on starting with some demos to savour my wine before hitting myself with the full wave.

The Italian’s at 400 Gradi were easily pros at spinning pizza dough, to the point where it was almost hypnotic. These guys seemed to know what they’re doing when it comes to pizza so offer masterclasses to teach you the art of making your own dough using just four simple ingredients.

The dough spinning was very cool but only made me hungry, so cheese tasting was next on the agenda. Tucker’s Natural Cheese Alley is a cheese-haven and Tasmanian brand Grandvewe Cheeses is one of several to put on your go-to list. The blue cheese combined with their pinot paste was the ultimate combination. But if dairy’s not your thing, the peppercorn vegan cheese by local producers Noshing Naturally was super tasty and extremely convincing that it was the real thing! (I didn’t read the vegan notice before going for a taster and was none the wiser)

There was only one logical thing to do next. Wash back the cheese with some wine. And when I say some wine, you can basically go for your life because there are countless to try.

It could be wise to take a breather here and there though – a cheese break perhaps?

VinoMofo was just one of many that I went for – I’m a sucker for cool packaging, and theirs is basically pop-art. I was also keen to try their wine ice-cream, which worked way better than it sounds like it would. The wines here were very light and easy to drink and even more easy to purchase at about $15 a bottle.

If cider is more your bag, Custard & Co cider is a must. The name isn’t just a novelty, it actually has notes of custard without being sickly sweet. This has been on my list of things to buy since first tasting it at PICA Bar and has finally been ticked off.

There was plenty more local and international produce to sample and far too many masterclasses and demonstrations to get to in just half a day, so it looks like I’ll be coming back for a second visit to finish off my bucket list. Head to The Good Food & Wine Show website to find out what you’d like to include on your own. 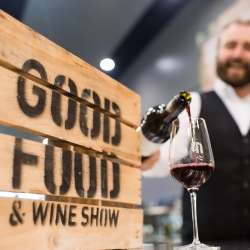 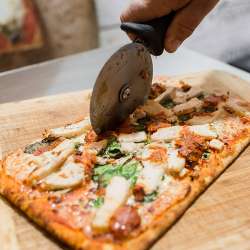 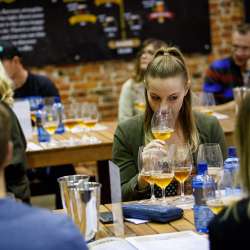 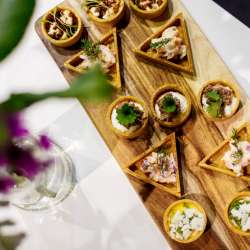 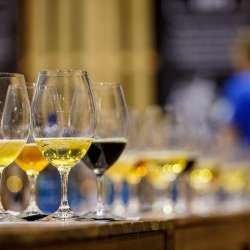