It feels a bit like this one crept up unexpectedly, out of a dark ancient crevice that we’d long forgotten existed… but here it is again, The Mummy, made shiny and new with the added face of Tom Cruise.

The resurgence of this old classic jolted me, a bit like some of the jump scare scenes that it suprisingly managed to pull of (on me at least). Was it going to be the same? Yes, and no.

While it did have a similar ancient curse, mythology ridden, cowboy adventure plotline (just slight gender role reversals), this version of The Mummy had a few blaring differences. For starters, it was not set in Egypt but shook things up a bit by flitting back and forth between Iraq and London, setting the scene as a modern day, highly technologically advanced era – very unlike the nostalgic, fend for yourself Brendan Fraser style.

While this added a whole new feel to The Mummy saga, it lacked the familiar atmosphere and the Hollywood meets ancient Egypt charm of the former films.

That’s not to say it didn’t have the same cheesy but fun Hollywood entertainment qualities. While Tommy was no classic tough-guy Brendan, he did have his own boyish charm and typical American candour that made him cheeky compared to the English with their stiff smarts (he was in pretty decent shape too).

Tom is characterised as Nick Morton, the mischievous but loveable looter that frolics around the Iraqi warzone with a frivolous attitude, stealing antiquities along the way.

He’s accompanied by his reluctant pal Chris (Jake Johnson) and encounters the beautiful blonde-haired, blue-eyed archaeologist Jenny Halsey (Annabell Wallis) along the way – spoiler: it’s safe to say what happens there is just a touch predictable…

When the trio clumsily bulldoze their way to discovering the precious tomb of the Egyptian princess turned evil sorceress Ahmanet (Sofia Boutella) Nick shoots some bullets, resulting in the imprinting of a curse on the unsuspecting cowboy that ties his fate to Ahmanet through some kind of freaky mental romance.

The sarcophagus is taken with the group to London when the plane crashes and Nick’s given the chance to redeem his misgivings and play the hero. From here on, Ahmanet is released and relentlessly pursues Nick as her chosen love (bit weird but not unlike Imhotep and his obsession with Evelyn from the 1999 film).

While the Cruise’s acting wasn’t nearly as worn and torn as I anticipated, instead shaping Nick as a charming and likeable character with the right amount of smug humour, Sofia Boutella stole the show.

Despite Ahmnet’s desire to bring all evil upon the earth to plague the people, she had an intriguing backstory and she gave me a reason to watch.

Ahmnet brought to The Mummy the exotic Egyptian spirit that was needed to connect it to the previous films. But she also brought a fierce attitude, a creepy vibe and convincing emotions.

But let’s not forget to mention the appearance of Russell Crowe, featured throughout the film. His ambiguous role as the government affiliated archaeological expert and leader of some secret affairs made him intriguing from the get go. And once we find out his name it only adds to the enigma while emphasising the silly but fun nature of the film.

The Mummy (but new) was a safe but bold move; it’s never easy to live up to a well-loved classic, no matter how many new takes are added to the original plotline. However, they gave it a solid go and despite a bunch of plot turns that throw you in all sorts of directions, it’s a fun-filled entertainer with a Tom Cruise charm that had me smiling (with the occasional cringe) all the way through. 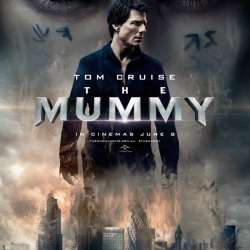 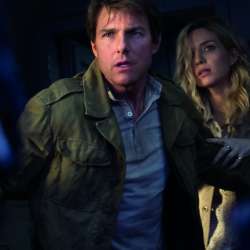 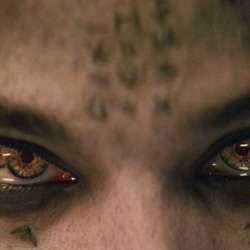 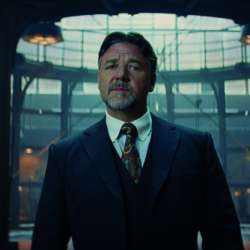