Don't miss your chance to attend one of the special gala events which will be kicking off this year's Lavazza Italian Film Festival (LIFF).

Special events include the official Opening Night Gala at Cinema Paradiso (with after party at Connections Nightclub), Opening Night Reception at Luna on SX in Fremantle, a Q&A with actress Greta Scacchi following her film Tenderness as well as a screening of Dalida with Limoncello cocktails on arrival for all guests and our closing night screening of Roberto Benign's Oscar-winning masterpiece Life is Beautiful.

Get ready to let yourself go at the most joyous fiesta of the year.

Guests will arrive at 6pm for a sparkling Valdo Marca Oro prosecco before the premiere at 6.45pm of Italian Golden Globe winner Let Yourself Go! followed by the official after party at Connections Night Club with live entertainment from Little Miss Squeezebox and friends, a taste of Italy from The Cooking Professor, Stella Artois, Connoisseur gourmet ice cream as well as a festival gift bag.

Winner of the 2017 Italian Golden Globe for Best Comedy, Let Yourself Go! is the hilarious new screwball comedy from director Francesco Amato (LIFF13 favourite Cosimo and Nicole) stars the phenomenal Toni Servillo as an uptight psychoanalyst whose life is upended when he becomes involved with an effervescent personal trainer, well-versed in matters of the body, but less so of the mind.

Cinema Paradiso, September 21, 6pm arrival, 6.45pm screening of Let Yourself Go! followed by an after party at Connections from 9pm. Purchase tickets online at http://www.lunapalace.com.au

For those on the south side, get ready to let yourself go at the Opening Night Reception of the Lavazza Italian Film Festival at Luna on SX in Fremantle

Guests will arrive from 6pm for vino, Stella Artois and sparkling Valdo Marca Oro prosecco, a tatse of Italy from Cafe D'Freo and live entertainment before the 6.45pm premiere of Italian Golden Globe winner Let Yourself Go!

Q and A Screening with Greta Scacchi

Italian-Australian actor Greta Scacchi has garnered an illustrious career, having won Emmy, AFI and Logie awards as well as being recognised with BAFTA, Golden Globe and Screen Actors Guild nominations. Thanks to her fluency in English, French and Italian, Scacchi has come to occupy a unique place on the international stage, with distinguished roles across continents.

Scacchi first shot to fame in 1983 as the sultry femme fatale in Heat and Dust. After the success of 1987’s White Mischief she landed roles in America, in films such as Wolfgang Petersen’s Shattered (1991), Robert Altman’s Hollywood satire The Player (1992) with Tim Robbins, and starred alongside Harrison Ford in Presumed Innocent (1990). She has also worked with prominent European directors acting in several productions including Margarethe Von Trotta’s Paura e Amore, Diane Kurys’ Un Homme Amoureux and the Taviani Brothers’ Good Morning Babylon. Recently she appeared in the popular BBC mini-series War & Peace (2016).

In 1975 Scacchi relocated to Perth where she attended Hollywood High School. She made her stage debut at the New Dolphin Theatre and became a member of the UWA Drama Society. Her most well-known Australian role came about in 1999, with the beloved classic Looking for Alibrandi which earned her the AFI award for Best Supporting Actress.

The Lavazza Italian Film Festival presented by Palace Cinemas and Luna Palace Cinemas comes to Perth from Sept 21 to Oct 11 at Cinema Paradiso and Luna on SX. For more information visit italianfilmfestival.com.au or http://www.lunapalace.com.au. 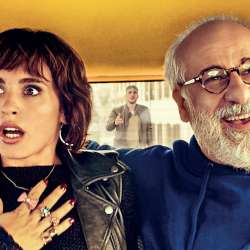 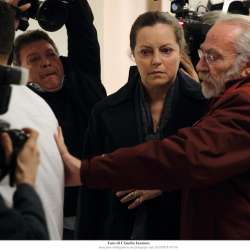