The TV series Star Trek celebrates its 50th anniversary this year. Despite being an initial ratings failure, the series has gone on to spawn a multi-billion dollar international cultural phenomenon that shows no signs of slowing down.

Well, not for eight-year-old me. My final frontier in the late 1960s was a 7pm bedtime curfew, a massive problem for a then-as-now science fiction fan, and one amplified at the time by cosmic proportions because the you-beaut new series Star Trek did not come on the telly until half seven.

My solution was to sneak out of bed and hide behind the lounge couch, peering at the exploits of Capt. Kirk, Spock, Scotty and a legion of soon-to-be-beamed-to-their-deaths crew in red shirts, through a narrow gap in the cushions. Trek has stayed with me ever since, although thankfully I now have a wider view of proceedings.

Star Trek was launched in the US in 1967 by creator Gene Roddenberry as a kind of Wagon Train in space (westerns were still all the rage back then). The cop-turned-scriptwriter aimed it to be the first intelligent, prime time science fiction TV show. It had a shaky start; the first pilot episode was deemed “too cerebral” by the NBC Network, so Roddenberry had to make another one and the series got the go-ahead.

Alas, the great unwashed TV audience wasn’t quite ready for Star Trek’s very socially aware take on the universe (its thought-provoking scripts dealt with, among other topics considered daring for television at that time, racism, inter-racial romance, and, err, alienation).

After just two seasons of mediocre ratings, America’s NBC network executives fired a photon torpedo at Kirk and his Starship Enterprise team and the series looked like it would disappear into television’s black hole, never to be seen again; but boy, by the Horta of Janus VI, were those guys proved wrong.

A massive letter writing/phone campaign from fans throughout the world, including Australia (the power of social media 30 years before the dawn of the internet) convinced NBC to renew the series. The resurrection proved short-lived however and the show was axed for good after season three.

This brought another storm of fan protest; so much so that the show was put into syndication where it has stayed pretty much ever since, long outliving the Starship Enterprise’s “five-year mission to boldly go…”

Cynics may say, just as in the death of Elvis Presley, the cancellation was the best ‘career move’ Star Trek ever made because in the 50 years since then the show-that-would-not-die has spawned an entire sub-culture spanning TV (six spin-offs, including a new series to air next year), movies, music, literature, languages (yes, Virginia you too can learn Klingon), food and pretty much every other consumer product on Earth, a global multi-billion-dollar industry that is getting bigger every year.

So just why has ST proved so resilient?

There was only one place in the universe to turn to answer this question - Australia’s Star Trek fans.

The Austrek fan club, established in 1976 and based in Melbourne, has several hundred fans throughout Australia. As well as being a conduit for all things Trek it raises funds for charities such as The Royal Childrens’ Hospital and Edgars Mission.

With members ranging from age six to their 70s (club president Melanie Nemer says some have been in the club for 30 years), Star Trek’s universal appeal is obvious.

Says member Aurelia Cimino: “Star Trek can be appreciated on so many levels; rip-roaring action-packed starship battles with the ‘good vs evil’ scenarios, to thought-provoking conundrums we face in our times and ‘sic-fi’ based in science.

“Often episodes expose us to ‘what if’ situations; what if aliens have already been observing us, how would we react? Other episodes hold a mirror to us showing our behaviour in certain situations, particularly in the 60s when the Vietnam War was actively opposed and racial tension was at its zenith. Whichever ways Star Trek is ridiculed by some, they can’t take away the groundbreaking expose of these issues in the time (of TV shows like) Leave it to Beaver. There was nothing like Star Trek on TV in those times.

“Star Trek influenced people into taking up careers such as astronautics, engineering, medicine and computer technology. One of the most famous stories is Whoopi Goldberg, who after seeing Nichelle Nichols on the Enterprise bridge, believed she too could become an actress. Star Trek’s impossible, futuristic gadgetry is now commonplace - the flip phone, computer pad, diagnostic beds to name a few,” says Aurelia.

But perhaps Star Trek’s ultimate influence is not so much the gee-whiz science as its message of universal acceptance, whatever your gender, race or background - human or not.

“Ultimately, Star Trek is about belonging and being appreciated for who we are as individuals. We each have something to offer,” says Aurelia.

Visit austrek.org for details on the Star Trek fan club. 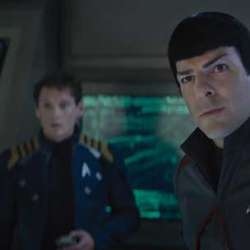 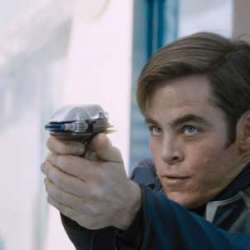 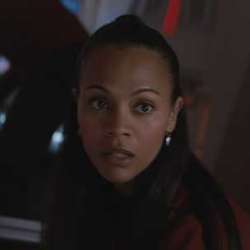 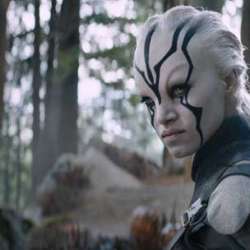 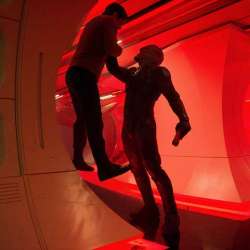 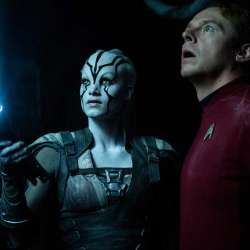 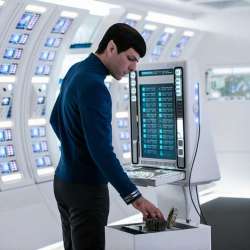 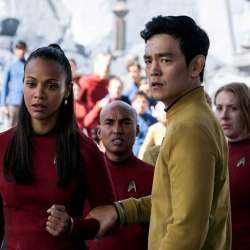 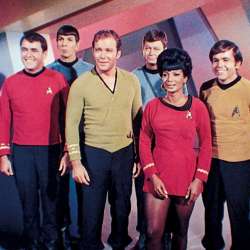 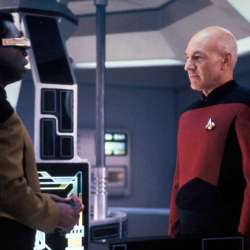 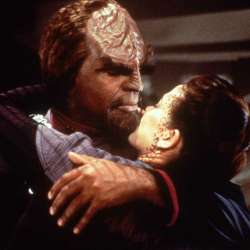