Alecia Hancock of Hancock Creative reached a turning point in her publishing career and hasn’t looked back since.

When she started her own business in 2010, Alecia Hancock had two small goals: to redefine the modern workplace, and to change the world. Seven years on, the former journalist is close to achieving both through her business Hancock Creative, with her philanthropic approach to teaching and storytelling.

“We offer social-media education packages to not-for-profits, community groups and social enterprises,” she explains. “We believe telling stories can change the world.”

After graduating from Curtin University with a journalism major, Alecia skipped a few rungs of the publishing ladder to become editor of a new online magazine, Tribe.

“I was 20 and I was an editor,” she recalls. “I was in a senior job, with staff; I learned a lot that year! I became quite a good manager quite young, because I made all the mistakes.”

From there, Alecia established herself as one of the key figures in Perth’s publishing industry, moving from Oxygen and MuscleMag to Perth VITA and, finally, the special publications team of The West Australian.

“Then, around nine years ago, The West changed ownership and the decision was made to close the department down. If we’re talking about low points in a career, this was it,” Alecia says.

“One of the general managers of The West moved me into the advertising department to keep hold of me in the organisation, and I somehow ended up as the manager of custom publications, the team that created advertising design and all the special lift-outs.”

It was here that the seed of an idea for an alternative workplace culture was sown. Alecia saw the monitoring of swipe-card access and the boys’ club culture, and realised there must be a better way to work – one more conducive to productivity and positivity.

“For me, it helped me create what I wanted to build in a business. I could see there was a way to do things better. Even at that stage, I was thinking that if I wanted to have a child, I could never keep that job. I could never work flexibly, or come back full time. I could see how long term it was never going to suit me.”

Alecia came up with an idea for a one-stop shop creative agency, which she dreamt about for months before putting into action.

“The trigger point came when my husband turned around to me and said, ‘You’ve got two options: either do it, or stop talking about it.’ At that point, I wrote a business plan and went to see a business adviser, asking, ‘Am I crazy?’ She said it was probably one of the best thought-out business plans she’d ever seen.

“I decided that was it. I gave in my notice and worked from home, just me and my cats.

“I was only in business for three or four months when I was asked to pitch for the Government’s road safety campaign. That was a big turning point – me, at home in my pyjamas, working on this big government project for a big agency.

“It made me realise that as long as you can present yourself well, talk the talk and deliver what you say you will, then it doesn’t really matter where you work from. It’s about being authentic.”

It wasn’t long before Alecia began to receive high-profile recognition, including three Australian Web Awards in Social Media, as well as making it to the finals of the 2014 Telstra Young Business Woman of the Year.

Three-and-a-half years into the business, Hancock Creative was asked to pitch for a social-media campaign for not-for-profits.

“We came back with a different proposal, offering more of an education model, with mentoring. Then we found out the benefactor was the Bankwest Foundation, and they loved the idea. That’s where we developed all the skills that we use for our current education programmes.”

At around this time, Alecia came to a crossroads, as she realised the business wasn’t scaling.

“I had two pieces of paper – I wrote on one everything in the business that made me happy, that I loved and was passionate about. On the other I wrote everything that made me angry, upset, frustrated; who I liked working with and who I didn’t.

“At the end I realised I had a very clear list – on the left was all of our training, education, and our work with not-for-profits. On the other side was the agency stuff, working with corporates and business. It was such a clear division that I could draw the line.

“I realised at that moment that I’d played it safe for too long, that I’d dabbled in too many areas, that I was hedging bets. Instead I had to take some risks.”

And so, in 2016, a new office space was found and Hancock Creative became 100% cause-focused. Richard Bell, former general manager of The Entourage - Australia’s leading educator and community of entrepreneurs - joined the business as chairman of the advisory board.

“There’s always been that two-pronged approach for me: I feel we can make a difference. We can change the world. We can do things better. And one of those things is: there’s a better workplace out there.

“It’s 2017 and so many businesses are doing it wrong. We can have flexible hours, we can work from home, we can acknowledge families. That’s why we buy birthday presents for the children; it’s our way of showing that they matter, and they’re part of the vision too.

“I also came to the clarity of knowing that I have a natural talent for storytelling. I can find the story in anything; I can find the angle and I can find the way to spin it. Instead of using that to interview celebrities or make a magazine money, or help small businesses build a better website, we can actually do it to change lives, and to physically save lives.

“We’ve worked with people like Lifeline – if we can help them reach more people, then they’re literally saving lives. That’s amazing to me, that we can just do what we’re naturally good at and apply that to an industry that needs our help. These people have incredible stories, they just don’t know how to get them out there.”

In 2016, Hancock Creative held a free Change the World event in Perth, aimed at sharing information with organisations who perhaps couldn’t afford it.

“We really did take a risk, but there was a huge reward. Now we’re launching in Sydney in May, and we can see adding Brisbane and Melbourne. There are so many people we can help; there’s so much impact we can have.”

Alecia’s accomplishments in the not-for-profit sector were recognised with a NIFNEX Influential 100 award last year, and with Hancock Creative making it to the finals of the 2016 Western Australian Corporate Volunteer of the Year.

Change the World Sydney takes place on May 9. For more information, visit hancockcreative.com.au/changetheworld 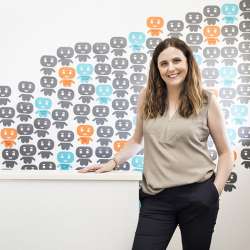 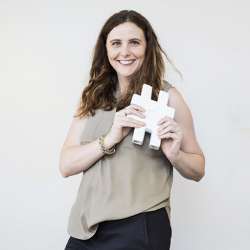 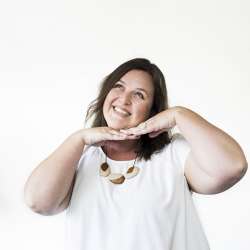 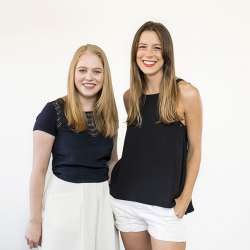 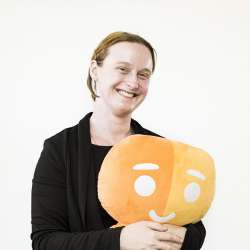 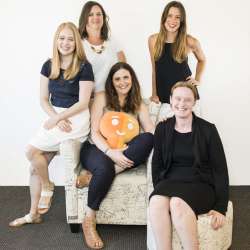