Perth Observatory’s new winter viewing nights not only put your place in the universe in perspective, are an ideal chance for some family bonding,.

My eight-year-old daughter thought that it was “awesome”.

The head of the house says it was “pretty cool”.

The 14-year-old offers it was “OK” (which, when teen-speak normally comes in grunts of various decibels, is the equivalent to saying “this is a life-affirming event”).

“It” was a family trek up into the pitch black hills near Bickley for a winter night sky viewing at the Perth Observatory.

Winter viewing nights for the public are a first for the observatory, whose telescopes have watched the skies over Perth for nearly 120 years, making some important contributions to space science - including co-discovering that Uranus has rings - along the way.

But perhaps the greatest gift the observatory, through its dedicated team of volunteers, can bestow is to give ordinary folk the chance to appreciate the wonder of space, the planets, stars and galaxies.

With virtually no light pollution, the Bickley site offers a spectacular vantage point to “go” into space.

All you need on the night is for the Weather Gods to co-operate - and we are well and truly in luck as a cloudy day clears to a pristine, dazzlingly clear night.

The colder winter air usually means less turbulence in the atmosphere, thus clearer viewing - the downside is with the mercury in the single digits you need to be well rugged up.

The tours take in around 30 people at a time, split up into groups on the night; each group then rotates through half a dozen telescopes, each already aligned with some cosmic wonder.

We see Saturn and two of its 62 moons; the planet is on its side, the amazing ring system clearly visible.

Another 'scope brings the red planet Mars right into focus; Jupiter looks spectacular, its Giant Red Spot storm (a raging mega-hurricane in the Jovian atmosphere so big it would easily swallow Earth) sharply in focus.

Then there’s the giant star Arcturus, 25 times the size of our Sun, the fourth-brightest star in the night sky.

There’s no Moon out tonight, so with the naked eye the Milky Way above Bickley glitters like fairy dust and seeing the stars well away from all of Perth’s light “spillage” is a humbling experience indeed.

Afterwards, the observatory volunteers put on hot chocolate and biscuits and we watched a few short videos that reinforce, if anyone needed it, that space is a BIG and wonderous place indeed. 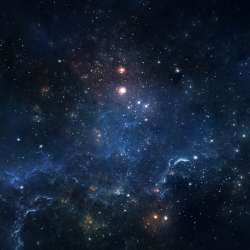 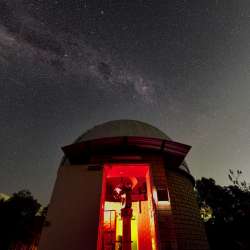