The Great Gatsby meets a game of Cluedo on wheels is the vibe of this historical period drama, following one of literature’s greatest detectives, Hercules Poirot, in a race against the clock to uncover his biggest murder yet.

This lavish and eloquent remake of the popular 1970’s film pays homage to its predecessor in a slow-burning, yet beautifully paced mystery, which will leave you guessing until the closing reveal.

With a soothing and well-matched soundtrack and sweeping, elegant landscape shots, it's a refreshing escape from the loud and crashing superhero movies commanding the box office over the last decade.

A decadent costume drama full of bizarre facial hair, witty dialogue and subtle hints of grandeur that will sweep you up in the charm of the 1930s.

Long-time actor and director, Kenneth Branagh captures the meticulous, yet quirky beloved character of Poirot with style, in such a way that you cannot help but fall in love with him.

With bizarre demeanours and mumbled flourishes of wit to subtly undercut the ordinary of other characters, the Belgian detective famous for his little grey cells will have you laughing one minute, and scanning the screen for serious clues the next.

With a star-studded line-up including the likes of Michelle Pfieffer, Penelope Cruz, Willem Dafoe, Judy Dench and Johnny Depp - sporting a face reminiscent of a leather couch left in the sun - the film has all the makings of an instant classic and is a great antidote to the mad rush of the modern world.

Filled to the brim with bird's eye camera angles, darting eyes and sheepish glances, the directing style strategically builds the growing tension of this whodunnit, without giving away even the slightest hint as to who may be the culprit.

As time begins to run out, can our ‘Avenger of the Innocent’ solve the case before it is too late?

A great movie for all ages, especially if you haven’t caught up with your grandparents for an outing in a while. 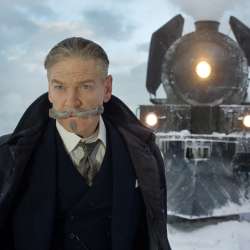 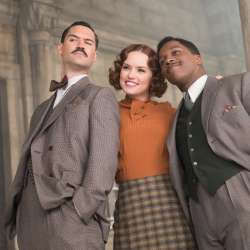 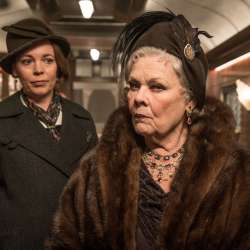 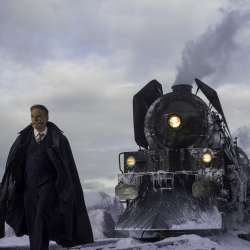