When I first saw the trailer for Baby Driver, my initial reaction was, ‘Another Hollywood action - this looks good, but could it really be great...?’

It was great. It’s that simple. I was literally on the edge of my seat for half the movie; biting my nails, running my hands through my hair, covering my eyes – the works. When I took the odd chance to look around, I wasn’t the only one either.

Before I even get to the plotline, I have to mention, the cinematics were incredible. The constant close-up shots and dynamic camera movements made me feel like I was literally within the scene myself, following Baby’s every step. And the music, well, let’s just say it made the movie.

Baby (Ansel Elgort) is an innocent-looking getaway driver who gets hardened criminals from point A to point B, with daredevil flair and a personal soundtrack running through his head. He does everything, including planning crucial high-speed chase escape routes, to the beat of specific tunes - tunes that go from his well-curated iPod straight to his ears, and which translate into expertly timed hairpin turns, gear shifts and evasive manoeuvres like you wouldn’t believe (it’s hard to even believe a stuntman can do it to be honest with you).

Baby works for Doc (Kevin Spacey), a kingpin on a lucky streak of brash daytime bank heists, thanks in part to his faith in Baby’s auto acumen. Doc’s go-to professionals include former Wall Street type turned outlaw Buddy (Jon Hamm), Buddy’s young, lawless and scandalous partner in crime Darling (Eiza Gonzalez), and the impulsive, gun-slinging Bats (Jamie Foxx) – a team, that at least for a second, are so badass yet glossy that they kind of make it tempting to be a criminal (I said for a second).

But when the aloof, catch-me-if-you-can Baby falls for a sweet, kind-eyed diner waitress names Debora (Lily James), Baby wants out more than ever; and suddenly, the crime life doesn’t feel so fine.

The somewhat Bonnie and Clyde couple don’t overdo it either. Their romance feels a little high school sweetheart, but just right. And despite my initial Hollywood hesitations, the overall storyline has a few more surprises up its sleeve to make me second guess myself too.

Apparently in the makings for twenty-two years, writer and director Edgar Wright’s idea for a movie that moves meticulously to the flow a killer track has definitely been worth the wait. 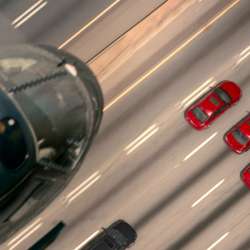 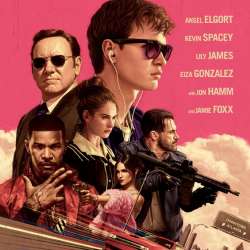 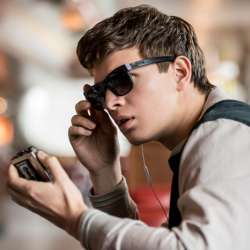 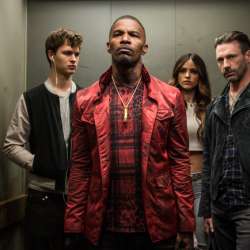 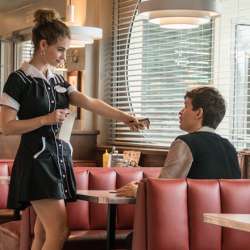 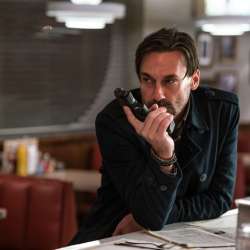 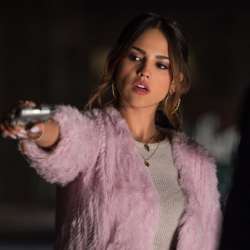