John Wick is back for a second chapter and he’s just as smooth and badass as ever.

First off, going into the John Wick saga you have to accept that it’s going to be a hyper-unrealistic Hollywood action; but the good thing about it is that it isn’t trying to be anything else. It’s simply pure, high energy entertainment and it’s a lot of fun.

Legendary super-assassin John Wick (Keanu Reeves) has been forced back out of retirement by a former associate, Santino D’Antonio, whom John had made a blood oath to (if there’s one thing this movie has taught me about the underworld, it’s the importance of rules and order amongst chaos).

After unleashing vengeance on the Russian mobsters responsible for stealing his car and killing his puppy, given to him as a final gift from his late wife, Santino makes the mistake of believing John is back in the game for good. John’s plans to resume a quiet civilian life are cut short once again and it’s only bad news for the underworld from there.

John travels to Rome to complete his assigned task where he’s in the presence of some of the utmost top dogs of the global underworld. Here the martial arts background of the director, Chad Stahelski, is unleashed in all its glory.

Stahleski entered the film field as a stunt performer at the age of twenty-four and his greatest break came when he doubled for Keanu Reeves in cult hit The Matrix, so he knows all about action. His hyper-kinetic take on classic marital arts and gunplay make the John Wick saga a cult classic of its own.

The ancient Roman setting only adds to the secrecy and intrigue of the organised crime society. It also makes for incredible cinematography, highlighting the high-profile, cutting-edge nature of John Wick and his peers.

A regular civilian like myself can only image how complicated it must be to remove yourself from the intricate web of the underworld. Especially once you’re in as deep as John Wick, known by his peers as The Boogeyman for his renowned stealth and skills. But John’s desire to return to a life of peace after the death of his wife, who’d willed him away from crime and violence, made it only easier to root for John without a conflicted conscience.

It seems like I’ll be rooting for John a little longer too. Chapter 2’s open ending was a clear indication that the John Wick saga is set to continue. 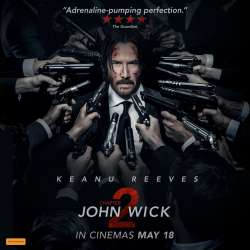 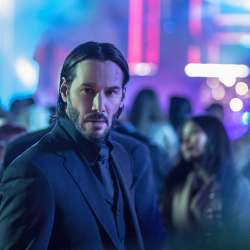 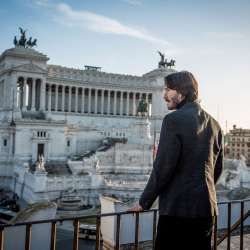 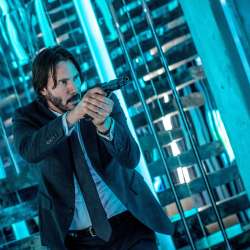