Say g’day to Elsie, the newest beer in the Little Creatures’ range - and available only right here in WA.

Like most people in WA, I’m a big fan of Little Creatures in Fremantle.

It’s that little gem that we can proudly say blossomed out of humble Western Australia. Now we have even more reason to celebrate as the folks at Little Creatures have just launched their newest addition to the family; Elsie – a beer brewed just for us in WA.

Since opening their doors in 2000, Little Creatures has been a down-to-earth, community brewery. It was three good mates - Howard Cearns, Adrian Fini, and Nic Trimboli - who shared a love for beer and a vision for something special who first brought Little Creatures to life.

Brewing giant Lion was a minority shareholder in the early days. They recognised the impressive potential of Little Creatures brewery and invested in the vision of the three original owners.

In 2012 they took the relationship further by taking over ownership of Little Creatures, and spread the love to the east coast by opening a brew house in Geelong to ensure our mates on the other side of the country were also getting the freshest beer possible.

As a born and raised Western Australian, I’ve loved a sunshiny day out at Little Creatures since childhood.

Over the years I have watched the business flourish fervently - from the old days with Dad, when a seat by the glistening water’s edge was available no worries; to catching up for drinks with mates today, where Little Creatures’ success can mean customers spilling out the doors and happy to wait.

Despite the shift in ownership, Little Creatures remains just as dedicated to its birthplace as ever. Which is where Elsie takes the stage.

“As a West Australian brewery we’re proud of our roots. So, it felt only natural for us to make a beer just for WA,” says head brewer Russ Gosling.

“With our brewery located on the water’s edge, we’ve always had a strong connection to the ocean, so we wanted to create a beer perfect for the WA coastal lifestyle. Call it a thank you, a cheers for all the help, or just a bloody good beer for the locals,” says Russ.

Marketing manager, Ash Cranston, who joined the team eight years ago after working in hospitality, describes WA as carefree and laidback, a place of sunshine, blue skies and beaches.

“It’s a pretty amazing lifestyle that people live here; so we thought, how do we actually bring that to life?” says Ash. “We said to the brewers, it’s simple, just come up with WA in a bottle.”

The brewers accepted the brief from their good chums in marketing and, despite their initial chuckle at the supposed ‘simplicity’ of it, they absorbed their relatable Western Australian surroundings and absolutely nailed it.

Elsie, named after the Little Creatures kombi that’s been with the business since day dot, reflects our beautiful state in appearance, character, and cause.

The amazing stretches of white beaches that we’re blessed with in WA is subtly reflected in Elsie’s wonderful head of foam and the hazy, pale gold colour really is like sunshine in a bottle.

The beverage itself is incredibly easy to drink with far lower hops and bittering units than Little Creatures’ previous creations; the citrus notes instead gives a light refreshing flavour. As someone who definitely doesn’t drink beer regularly, I would happily take a six-pack of these home to polish them off. Which makes sense, as unlike some of their more sophisticated, full-bodied beers, “Elsie is for drinking not thinking” says Brett Newan, the innovation brewer for Little Creatures.

While the beer does look and taste like WA, it’s perhaps the message behind Elsie that truly makes it a beer for the people of this state.

Little Creatures have teamed up with the local organisation Coastcare, to raise funds, awareness, and participation for restoring the beaches of WA, starting with those in Fremantle.

“It means our beaches will be healthier as habitat connectivity, biodiversity, and tree canopies will increase around Fremantle,” says Adin Lang, the partnerships manager for Coastcare Australia.

“Through Elsie and every beer you have, essentially you’re helping to restore Western Australian beaches.”

Little Creatures’ has always been a quiet but dedicated supporter of local organisations such as the Fremantle Arts Centre and the Fremantle Hospital, and that hasn’t changed a bit since the change in ownership.

“It’s always been part of our ethos to actively be a part of the community. We always wanted to be embedded in what was in our backyard,” says Ash. This humble, approachable attitude is what has led Little Creatures in Fremantle to become such an iconic location within Western Australia for people of all ages.

Their doors are open to all, seven days a week, so come down with family or friends to try a fresh pint of Elsie and cheers to WA. 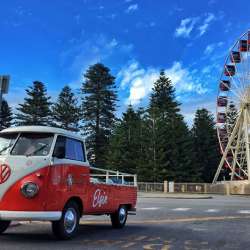 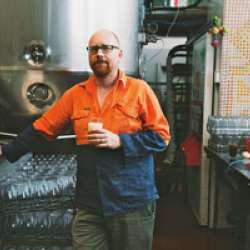 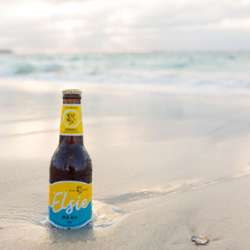