One of my all-time favourites started playing and I desperately wanted to keep pushing forward, but the venue was totally packed with fans screaming out every word.

It didn’t stop there. The Wombats continued to play hits and the crowd continued to sing. “Jump Into The Fog”, “Techno Fan”, “Emoticons”… It’s safe to say this band is not a one hit wonder.

The night had good vibes from the start. Not just from the buzzing crowd, but from the band – because it was a night of celebration. It’s been 10 years since the release of The Wombat’s very first album A Guide to Love, Loss & Desperation and the band hasn’t stopped producing hits since.

Using his charming Liverpool accent and witty character, lead singer, guitarist and front man Matthew Murphy was completely on top of communicating with the crowd; even when a technicality meant popular song “Emoticon” had to end with an abrupt and premature ending. I especially loved how he’d introduce each song with, “this one’s called…” like we didn’t all know each and every one of the band’s tracks.

It was the band’s Norweigan-born bassist Troy Øverland Knudsen that really upped the energy. His enthusiasm for head banding an bopping around on stage only made me jump up and down higher and harder, feeling my mood lift with me.

As a Wombats fan this was the second time I’d seen them perform and I can still easily vouch for the fact that their live set completely embodies all of the passion, zest and feeling that Matthew Murphy intended for his lyrics. While their indie pop sound has made The Wombats the complete hit that they are today, the hint of grunge rock that comes with their live performance is something that makes them so unique and completely universal. The crowd at Metro City proved that the love for The Wombats spreads from young to old, from preppy to hipster and all things in between.

No one wanted the show to end. The entire crowd at Metros chanted for an encore. I could feel the air humming.

I whispered to my friend next to me, ‘oh my god, they better be playing “Let’s Dance To Joy Division”, they’d have to, surely?’ I could hear the crowd behind me saying the exact same thing just as the first chord was strung. ‘It is! Yep, it has to be.’

Hundreds of arms flew into the air and didn’t come down again for the entire song. I jumped up and down singing “so happy, but we’re so happy!!” without a care in the world – because who needs them when anything and everything that could go wrong can be waved away with that song? At least for that moment anyway.

The band left the stage on a buzzing high and my friend and I turned to each other in agreeance; we can’t wait to do this all over again in just two days’ time at GTM. 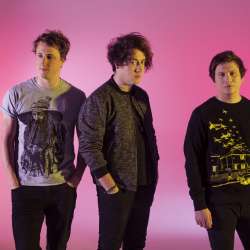 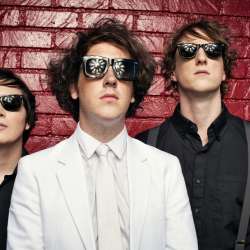 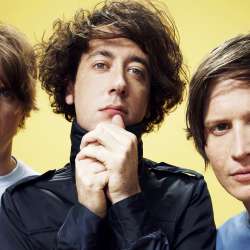