The United Kingdom is blessed with thousands of kilometres of coastline and within those bays and inlets lie beautiful fishing villages and harbours. Here’s our pick of the best to visit next time you’re in the Old Dart.

Britain’s fishing industry goes back thousands of years. Today, many fishing communities have disappeared. but Britain’s seafood remains world class which is why it exports much of its £718 million catch, though there’s plenty left for visitors to enjoy. Scotland’s Peterhead, Shetland and Fraserburgh and south-west England’s Brixham and Plymouth are Britain’s biggest fishing ports, which is why you will find some of the best seafood restaurants there - and that’s just for starters. Whitstable, Kent, and Northern Ireland are famous for oysters, Selsey in west Sussex for crab, south Wales for cockles and Whitby in north Yorkshire claims to be home to the tastiest fish and chips.

You will find shoals of fish markets and excellent seafood restaurants in Devon and Cornwall. Feast on Brixham clams, Salcombe crab, Elberry Cove mussels and Bigbury oysters - swallow them whole with a squeeze of lemon at the Oyster Shack (oystershack.co.uk).

Tuck into whole soft-shell crab at Mitch Tonks’ Rockfish restaurants in Plymouth and Dartmouth, the latter hosting a lively crab festival each year (therockfish.co.uk). In Cornwall, chef Rick Stein (below) dishes up platters of langoustines, oysters and sashimi and tasty fish and chips at his restaurants in Padstow and Newquay (rickstein.com).

In addition to seafood, the waters of the south-west are rich in fish such as turbot, sea bass, Dover Sole and omega-rich mackerel.

Selsey and Shoreham in west Sussex have two of the few remaining fishing fleets on the south coast. To buy freshly caught plaice, crab and succulent lobster, head to the wooden huts on Selsey’s east beach.  At Hastings (east Sussex) and Hythe (Kent), inshore fishing boats land their catches daily for sale on the beach.

Oysters and Whitstable go hand in hand. Try them at Wheelers Oyster Bar in the town centre, or buy them - and a wide variety of other seafood - at the Whitstable Fish Market on the South Quay, where fishing boats and lobster pots bob about in the harbour (wheelersoysterbar.com). Go in summer and enjoy the barbecue, or buy a pot of whelks or cockles - they’re delicious with vinegar and pepper. The Whitstable Oyster Festival takes place every summer (whitstableoysterfestival.co.uk).

Cockles are big business on the Gower Peninsula mud flats in south Wales. Try the small saltwater clams with laverbread (seaweed jelly) - it’s a Welsh delicacy and they’re extremely nutritious as well. You can buy them at Swansea’s indoor market, along with 40 other varieties of fish (visitwales.com).

You won’t find seafood any fresher than catching your own - and a north Wales lobster safari will show you how to do just that. If you prefer your lobster on a plate, the Twnti restaurant, Pwllheli, on the beautiful Llyn Peninsula, serves them with garlic butter along with dishes of local king scallops and crab. For fishy feasts and competitions, visit Cardigan Bay’s popular Seafood Festival in Aberaerom, mid Wales, in July (visitmidwales.co.uk).

Scotland’s salmon - wild and smoked - trout and shellfish are world renowned but the hand-dived scallops from Mull and crab and lobster from Dunbar are equally delicious. There’s even a Seafood Trail, which takes you to the best seafood restaurants on the west coast and its islands including Arran, Mull and Skye (theseafoodtrail.com).

A favourite with royalty and celebrities, the Loch Fyne Oyster Bar in Cairndow, 56 miles (90km) north-west of Glasgow, dishes up salmon - smoked and gin cured - crispy oysters with horseradish and hand-dived Tarbert scallops. There’s also a deli so you can take some seafood away with you (lochfyne.com).

Northern Ireland’s seafood - succulent langoustines, oysters, turbot, plaice and smoked wild salmon - is as beautiful and
it is bountiful.

For fish with a twist, visit The Boathouse in Bangor, 13 miles (21km) east of Belfast, which was voted best restaurant in County Down in Ireland’s 2016 Food Oscars. It dishes up top-notch Dover sole with Goatsbridge Irish caviar, orange oil and cauliflower foam and Copeland Island crab. There’s also a tasting menu (theboathouseni.co.uk).

Whitby and Scarborough in north Yorkshire have some of the best fish and chips in Britain - light, crispy and served piping hot from the deep fat fryer. The Magpie Cafe, close to the harbour in Whitby, 256 miles (412km) north of London, is known throughout Yorkshire for its tasty fish and chips and seafood chowder, the long queues outside testament to its popularity (magpiecafe.co.uk). Monster-size haddock comes from its own fishmongers, which also supplies fish to the locals of Whitby.

On the north-east coast in Blyth, Northumberland, Coastline Fish & Chips serves some of the tastiest meals along with a hefty dollop of their fabulous home-made ice creams (coastlinefishandchips.co.uk). 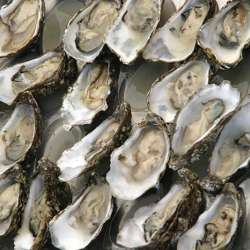 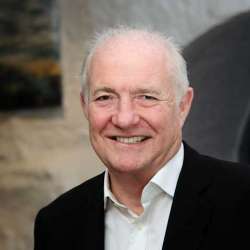 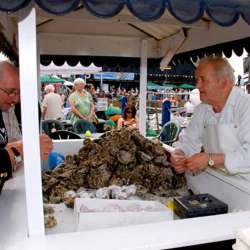