Melissa McCarthy and Kristin Wiig ain’t afraid of no ghosts - but the stars of Ghostbusters are a little spooked by the haters says Gill Pringle.

“I’ve never been on Facebook in my entire life. I probably shouldn’t say that. I do some Twitter, but mostly just stuff I put out, but I’ve heard about all the mean stuff out there,” admits McCarthy when I met with her and Wiig in Beverly Hills.

“But I don’t feel I can improve as an actress or as a human or as a mum by reading a bunch of stuff like that. It breaks my heart.”

“I go to work and literally feel like I got hit by the lucky stick. I feel so much joy. For so long I wanted to do it and now I get to do it and it’s heaven to me. So I’m not going to let someone make me feel bad about it. I want to try my best and put positivity in the world.”

Wiig agrees. “I’m not on Facebook, Twitter, nothing. I’m not against it, and I know everyone does it. It’s not a judgment that I’m not doing it. It’s just not for me. I have no desire to be more public than I already am,” she says.

In signing up for slime patrol, they both understood Ghostbusters’ mighty legacy.

“Even though it’s a completely different story and different characters, there’s an ownership that goes along with it from the fans. Myself included. I love the original two,” says McCarthy. “But I tried not to think about any of that. If I start thinking that way, I’m going to mess myself up. Instead I just focused on what we needed in each scene.”

The two 1980s originals combined both scary, funny and action, a style Feig has emulated - to the extent of actually hiring actors to perform as the ghosts rather than rely on computer generated effects which would never have terrified his actresses in real time.

“Paul had a lot of actors come in and perform as ghosts, in full make-up with rotting teeth - actually scaring us,” says Wiig.

The make-up was so spectacular that McCarthy didn’t even recognise her old friend, comic actor Dave Allen, after he’d endured seven hours of make-up and prosthetics.

“I’d been in the make-up room for 15 minutes and didn’t speak to the guy in the make-up chair because they were busy working on him. On my way out, I said, ‘Good luck! I don’t know how long they’re going to keep you in here,’ and he goes, ‘Hey, Melissa. It’s me, Dave!’ I had no idea.

“If my kids were anywhere near I would not have let them see him. He looked spectacular in real time, flying down the subway at us while we were dragging Kristen as fast as we could, because we were literally screaming that Dave was gonna come and grab us.”

Another highlight was when Chris Hemsworth showed up on set as Kevin, the Ghostbusters receptionist.

“He was so unexpectedly hilarious,”
says Wiig.

“Yeah it was a little weird,” agrees McCarthy. “I think it would have been OK if he was just alright but instead we were like, ‘He may be one of the best improvisers’. I literally was a little rattled, I was like ‘Maybe he will be a jerk’. Nope, he’s delightful. On every level, he’s just a better made human. He’s just lovely and so funny.”

Both actresses are firm believers in things that go bump in the night.

“I once lived with my sister in a 100-year-old house in Boulder, Colorado. It wasn’t menacing, but there was an incredibly palpable feeling in the attic. We were the first people outside of the family to ever live there and everybody said, ‘Yeah, it’s a little weird in the attic’. You just felt something,” recalls the actress who was apprenticing at the time with a shoe cobbler.

If the haters need any further proof that the girls are equal to task of ghost-busting, then Bill Murray and Dan Aykroyd both make cameos in the new film.

“By having them on that set, we knew we had their full blessing. They had a really good time and got a kick out of it,” says McCarthy. “If I wasn’t in it and was watching it when they come on, I would be like ‘Oh I knew it! I hoped so!’”

Ghostbusters is out on July 14. 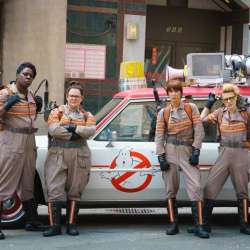 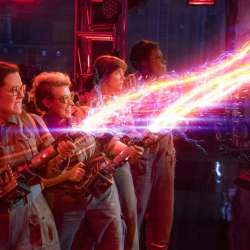 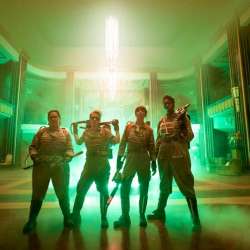 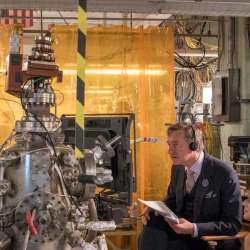 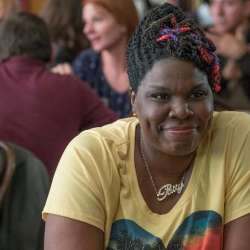 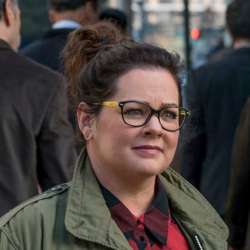 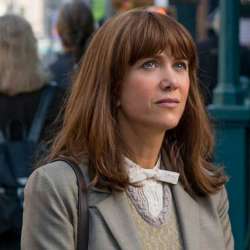