When I tend to think of the Swan Valley, I think of sunshiny afternoons, grassy fields, and lush vineyards; I think wine.

After visiting the launch of the Swan Valley Cider and Ale Trail, the two bubbly beverages rose to the top of the list. Not only did I re-learn how satisfying a frosty glass of cider is in the outdoors of WA, but I learnt that the Swan Valley is home to nine remarkable breweries and cideries producing top notch creative beverages.

All brew and cider houses are within a 5km radius, so yes, it is more than possible to take the trail to all in one day – just fetch your designated driver (it just means you’ll have to come back and return the favour), or even better hop on a tour bus.

There’s no shortage of choices with this group. The variety of brews on offer are: lagers, pilsners, ales, wheat beers, stouts and more, along with ciders and ginger beer. All are handcrafted using traditional techniques, state-of-the-art equipment, and only the best WA produce.

Counsellor David Lucas, Deputy Mayor of City Swan is equally as impressed with what the brewers have to offer.

“Like the winemakers before them, these brewers are to be celebrated for their entrepreneurial spirit, enthusiasm and creativity. The variety of beers and ciders available locally is a testament to this. From pineapple ciders to watermelon beers.”

While there were so many well-crafted classics to taste, the ‘Hot Lust’ chilli cider had to be a favourite of mine for something new – I can’t resist anything spicy. It was one of the many innovative beverages paving the way forward for the Swan Valley.

“The Swan Valley is pushing the boundaries which is key to success,” says David. “Not only have the Swan Valley brewers been inventive but they’ve been widely awarded on many local brews and have built a reputation as the best in the nation.”

“For decades Swan Valley has been known for its fine wines and decadent restaurants. In recent years, craft beer has been the boom that’s swept through Australia and the Swan Valley has now become a haven for connoisseurs of fine ciders and beers.”

While it’s not something I’m proud of, I must admit I’ve struggled to finish a standard beer in the past. But in all honesty I can now say, thanks to the Swan Valley’s Cider and Ale Trail, I’ve been converted.

In celebration of the Cider and Ale Trail win a year’s worth of Swan Valley cider and beer (valued at $1,800). To enter visit http://www.swanvalleyciderandale.com.au/Win 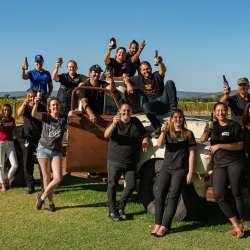 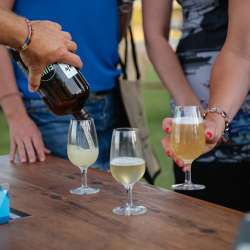 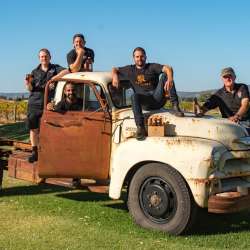 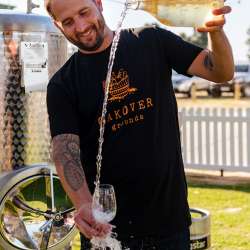