Their Finest pulls out all the stops to make an audience laugh, cry, gawk and blush, says Tori.

Ironically, this 40’s wartime film about filmmaking has a similar air of flamboyance to the exaggerated propaganda pictures shot at the time. Thus, it had similar dramatic and emotional impact – at least on me anyway.

Their Finest, set in the context of WWII London, is based on the Lissa Evans novel Their Finest Hour and a Half – a witty reference to the impact that an average length film can have on one who takes the time to sit through.

It stars Gemma Arteton as Catrin, a young Welsh writer and dominant female lead, who unintentionally lands herself in the movie business thanks to wartime opportunities for women – after all, desperate times called for desperate measures…

Catrin finds herself responsible for unearthing the story worthy of winning a war; it must boost British morale and get the Americans on side in one fell swoop. She thinks she has the perfect scoop after finding an article about twin sisters who stole their oppressive fathers boat to rescue troops. However, when the true story lacks lustre, the team whisk in their creative license to spin propaganda that packs a punch.

Gemma Arteton does a brilliant job of establishing Catrin as a strong and independent woman, ready to grasp what the world has to offer beyond men. Not only that, but the director, Lone Scherfig, even ensures that Catrin is not pitted against her initially stand-offish female colleague, but is instead supported by her as a friend, showing that women can and do stick together.

There are plenty of valuable male characters equally worth noting. Sam Clafin makes for a charming Buckley, Catrin’s encouraging boss and co-writer; though, it’s Bill Nighy who truly steals the show.

As an egotistic established actor who seems to be at the end of his rope with his career, Nighy’s haughty but witty and hilarious character gives Catrin the nudge she needs to push on when times get tough. His animated persona is the perfect light-hearted lift for a film primarily about war.

After overcoming countless fickle obstacles, such as a last minute bureaucratic requirement to include a handsome but incompetent American in the film, Catrin and her team pull off the job and a film is born.

Achieving a similar effect to their own propaganda, the characters prove that it’s up to the living to ensure that life prevails over death and that hope lives on. No wonder the war sparked a Golden era for British cinema! Hurrah moments post heart-ache is a sure way to reap success – amongst plenty of other admirable qualities The Finest has to offer.

The Finest will be showing in cinemas from April 20. 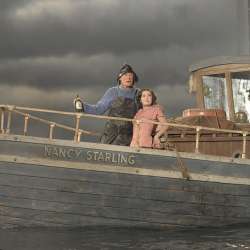 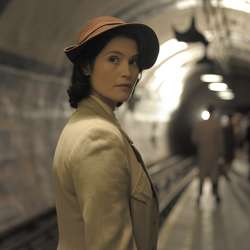 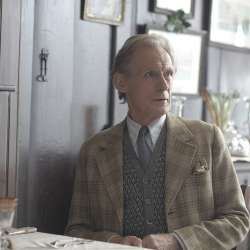