Fremantle International Street Arts Festival is back to reclaim the streets with more talented street performers gathering from across the globe.

Freo has for as long as I can remember been renowned for its relaxed, hip busking scene and artsy vibe. What began as a celebration of that busking culture has now evolved to become Australia’s largest dedicated street festival and it’s taking over the town.

The roads will be closed for three days and the streets are to be packed to the brim with an international cast of street theatre performers, buskers, street bands and various alternative art forms. It’s basically one big party for absolutely anyone of any age to enjoy.

Freo is an inclusive place to be by nature, so while the crowds are diverse and all people are welcome that doesn’t mean just anyone will be performing. The performances have been curated by the Festival Programmer Brendan Coleman who sources only the very best.

"When you come down to the festival you know you’re going to see absolute top quality performance," says Brendan.

“If you’re not a person who likes to flick through programs you can pretty much just come down to Fremantle, walk around, and you’re sure to discover something you’ll enjoy.”

Satiate your travel bug with performers from the United States, Canada, the UK, Japan, and from across Europe; along with Australia of course. Whether you’re interested in comedy, circus, or contemporary dance there are plenty of unique shows to catch.

“Every year we’re trying to bring things that haven’t been seen in Australia before,” says Brendan. “For example, this year we have Ti Odiero, a duo dance piece that’s been a hit at European festivals. It’s a contemporary dance piece that’s very dynamic, extremely physical and quite moving.”

The Sound of Sewing is another of Brendan’s favourites, with more of your typically Freo fun and quirky atmosphere.

“I love this show,” says Brendan. “It’s two girls with these old school Dutch bicycles that the audience members pedal to power a sewing machine. They take a garment of clothing from the audience member pedalling the bike and transform it!”

So if you have an old pair of trousers or a jacket that are in need of a touch of new life, make sure to bring them down.

With so much music on offer, dancing in the street is guaranteed to take place this weekend. Odette Mercy and Her Soul Atomics is just one of many bands that will make that happen.

The band of six, led by bass player John Fernandes and lead singer Odette Mercy, are infamous for their dynamic soul-filled performances complete with a horn section that will make you want to groove.

Odette and her gentlemen have been playing their original old-skool, soul/funk around Perth and Freo and are looking forward to having a good time at the festival.

“The crowds in Freo are really up for partying and dancing,” says John. “There’s a real kind of energy about the place. Everyone’s out to have a good day.”

“To be invited to a festival like this is pretty special,” says Odette. “I’m definitely a person who just loves moving; so when I see people appreciate that and participate through dancing like the people in Fremantle do, that’s ultimate.”

Make sure to join the party this weekend and as an extra tip - don’t miss out on Odette Mercy and Her Soul Atomics. Catch it all early on the opening night this Thursday.

Fremantle International Street Arts Festival, across Fremantle from April 13 to 17. 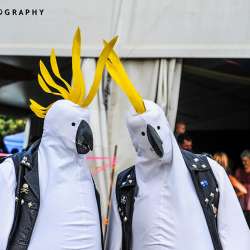 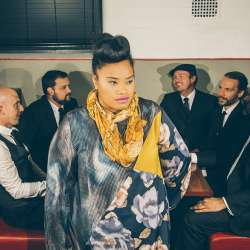 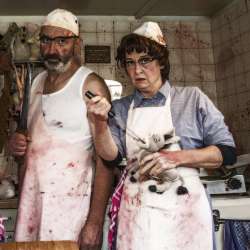 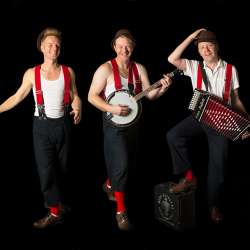