Daniel Mifsud's new project - Ric Rufio - reunites the artist with the beats of his childhood.

It’s the quintessential musician’s dilemma. If, after finding your line and length, you crack on doing much the same, criticism follows of going stale. That your old stuff was better than your new. But if taking your writing a different way, to explore some new territory, stand ready to accused of abandoning those who backed you to begin.

Yet this doesn’t seem so vexing when talking with Daniel Mifsud, to pick the bones out of his new project Ric Rufio, and the pulsating debut single So Wonderful.

The Sydney native grew up on jazz, training professionally in the style, before migrating to a period of folk rock. Now, Mifsud’s vision is shaped by the soul and R&B that defined his childhood. And he couldn’t be happier, the authenticity of the project bringing out the best in him.

“If there is a music that takes hold of me, when you get that little click, that little spark of creative inspiration you are not second guessing yourself,” he says.

“I was writing for the last group I was in and these 90s R&B hooks and melodies were coming out and I was like ‘hang on, this isn’t right; this needs to be something different’. Now for me I am back to that childhood-like musical state where whatever comes out, comes out. This project is me just doing what I do.”

After making the break, what came next is what the modern songwriter dreams of. With his new sound on show, Mifsud ‘blew up’ (to use the vernacular) on Soundcloud. The first demo he shared on the platform, Rewind, netted 80,000 listens. All of a sudden, Ric Rufio – a quirky joining of a character from the film Hook and basketballer Ricky Rubio – was out of the blocks with a flyer.

That was 18 months ago. The space and time since taken entirely by design - Mifsud refuses to take shortcuts. Due to industry insiders paying close attention to pronounced spikes such as his Soundcloud explosion, meetings were earned in the US and UK.

“Then you have to prove that you have more to offer than just a one,” he says. It was all part of a process that he knew he had to get right.

Signing with Mirror Music Group, a year of deliberative planning – of writing and crafting and editing – played out behind the scenes with Mifsud and his new team.

“They helped me be patient when it came to refining songs,” he says. “And they understand where I am musically, the progression I want to make in my career. I am excited by that decision.”

Emblematic of that graft and attention to detail Mifsud prides himself on is So Wonderful, immediately receiving national attention through a feature interview on Triple J upon release. Taking six months of polishing between conception and completion, he is proud of a nuanced piece of music “representative of life” with all the inherit complications.

“It doesn’t sound like the most joyous song. And that’s how I like to write; with a dichotomy of ideas. Where things aren’t always as they seem. The notion that something feels wonderful, but maybe is is not upon further inspection. That life is rarely that straightforward.”

Mifsud’s life in music started with watching his dad sing in a’cappella groups around the world.

“Dad did Edinburgh Fringe once and I went with him and it was incredible,” he recalls. “So I was never brought up to believe that your success as a creative artist depends on your bank account.” (He does laugh, though, with hopes to rectify this with Ric Rufio).

Instead, his enduring motivation has been drawn from collaborating with some of Australia’s most famous artists including Daniel Johns and Chet Faker (Nick Murphy). The common theme in what he’s found working with the best: an unyielding work ethic to complement the gift. A coupling that Mifsud pledges to share.

“I am really good at running on the smell of an oily rag,” he says. “And whether it is on the sporting field or in other forms of entertainment, when you work along other people who are up with the greats you realise those reputations are really deserved. They are so single minded and so direct in what they want to do, you can’t not be impressed by it. There are so many incredible technicians around the world. But that doesn’t just make you amazing. It is having a relentless nature in a creative pursuit alongside it.”

Also having signed with Niche Productions, a tour group boasting an enviable crop of local talent, Mifsud’s next stop is the road - just as soon as the Ric Rufio debut EP drops in the middle of the year. Between now and then his is a good problem to have, with anywhere up to 20 songs are in contention for that five-track release. Naturally, he’s enthusiastic to make it a winner.

“I haven’t put this into the market just to push,” Mifsud says in closing. “It’s come up through luck, perseverance and a lot of hard work.

So it feels entirely different. But there is always this part of you that’s never satisfied, that never relaxes and feels content. Because I have a chance to do something here I can be really proud of.” 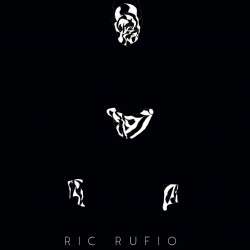