Mexico. Guam. Los Angeles. Hong Kong. Manila. In fact it would be easier to think of a country that doesn’t have a California Pizza Kitchen on its streets but the most obvious exception is Australia. The CPK family of venues has grown exponentially across the globe over the past 30 years, but up so far the popular ‘polished dining’ experience had never reached our shores.

That’s all set to change in September when the first CPK restaurant will open its elegant bifold doors in Hillarys Boat Harbour, adding the Perth address to the brand’s list of close to 300 restaurants across the world in 192 cities, in 16 countries.

It’s quite a responsiblity and one that Hannah Peard, CPK’s Australian director and corporate operations manager is not taking lightly. At just 24, she’s been tasked with bringing CPK’s ultra-successful blend of Californian cuisine, ambience and high service standards to a new market which, to a large extent, may not have heard of the brand before.

Thankfully, she’s well prepared. After completing a degree in commerce with specialisations in tourism, PR and events management, Hannah was a supervisor at Yelo, one of the northern beaches' most popular coffee hang-outs. It was a good preparation for the minutae of running a hospitality venue, introducing her to the importance of customer service, consistency and catering in a cafe not far from the eventual site of CPK’s first Aussie restaurant.

““I've always been interested in combining my passion for hospitality and marketing while working at Yello," says Hannah, “but became more interested in the business and marketing side of things as I got older, something I owe to my father’s entrepreneurial spirit perhaps. I love the idea of developing a strong corporate culture and if nothing else, CPK is admired for doing just that.”

The Australian chapter in the CPK story began over a year ago when business partners Russell Hextall and Hannah’s father Peter Peard began to look around for a hospitality business that they could invest in, and, after visits to LA where they met with CPK executives, including CEO and President GJ Hart, Hannah joined the team as it became apparent there was a ripe opportunity available to introduce the brand to Australia and New Zealand.

“We visited CPK restaurants in Manila and Korea and I just loved them," Hannah says.

"By November 2015 the master franchise rights partners contract was signed in LA for Australia and New Zealand and it was time to find the site for the first restaurant here in Perth.”

After casting around for possible locations in Elizabeth Quay and King’s Square, serendipity intervened and the old Jetty’s restaurant became available.

“It was perfect; Hillarys has over five million visitors a year, and with a large floor space (close to 900 square metres), we knew we’d found the right spot for the first CPK.”

With capacity for 370 seats, and plans to replicate the trademark CPK open kitchen theatre style (think pizza chefs twirling pizza dough above their heads, charismatic cocktail maestros going all Tom Cruise behind the bar), it’s clear that this is going to be a dining experience like no other in Australia, let alone Perth.

“There are such strong alignments between the West Australian lifestyle and California’s west coast vibe,” says Hannah. “It was one of the reasons we felt such a strong affinity with the CPK brand. It’s a coastal culture like ours, laid back, with a melting pot of lots of different cultures all here from around the world.”

Globally, over 42 million customers flock to CPKs around the world each year, enjoying collectively over 15 million pizzas, all made in ferociously hot hearth ovens, yet each one cleverly including locally-appropriate tweaks to the menu so each CPK anywhere in the world is subtlely different from the next, country to country.

It’s another reason why Hannah feels so passionately about the CPK ‘way’.

“I love the way we’re able to use the CPK base and include very Australia-specific elements to make it work for our own market. For instance, in the fit-out in the Hillarys restaurant, we’re using lots of wood, fresh herbs and rope to reflect our position on the boat harbour, with bifold doors allowing diners to enjoy the amazing location throughout the year.”

The menu too will be adapted to include Australian ingredients and preferences without ever losing the CPK theme, summed up as ‘California on a plate’.

“It’s the kind of restaurant that turns people's heads, a real occasion without being intimidating,” says Hannah. “Being Californian isn’t about a place - it’s more of a mindset.”

The secret to the CPK’s recipe for success undoubtedly lies in its forensic attention to training. Hannah’s two months at CPK’s LA HQ introduced her to every single aspect of running a CPK restaurant, from cooking items from the menu in an actual CPK kitchen to front of house duties. Working six days a week, often 12-hour days, may have been something of a baptism of fire but, says Hannah, it was an invaluable opportunity to witness the CPK way at the coalface as she now handles establishing a brand new restaurant, in charge of everything from choosing the interior design features to appointing staff.

“We’re hiring 120 staff for the new restaurant and we’re looking for people who definitely see the opportunity as a career rather than just a job,” she says.

“We’re looking to expand quickly (by 2018 we’re anticipating 20 to 30 CPKs will have spread across Australia and New Zealand) so we want to find people who want to grow with the company. They may start as a sous chef, but in just a few years they could be managing their very own restaurant.”

The devil’s in the detail so they say, and CPK’s successful introduction to Australia is no different.

“There are lots of small moving parts to bring a CPK restaurant to life,” says Hannah. “We need to get every detail right from the exhibition kitchen to the kids’ birthday parties where they get to learn how to make pizzas just like the chefs.”

With such a tight timeframe to get everything up and ready for the launch, Hannah admits that there have been some challenges.

“For instance the pizza oven - which weighs over two tonnes - had to be split into two parts before we could install it to get it over the broadwalk into the restaurant. Even then we had to reinforce the broadwalk under the restaurant to cope with the extra weight.”

Excitement is mounting as locals and visitors alike await to see the result of the close to $2million new fit-out of the new restaurant, with the boat harbour itself experiencing something of a moment as Sorrento Quay’s new ampitheatre, conveniently situated just in front of Hannah’s restaurant, is set to open shortly.

“We’d love to run a series of events and concerts in the ampitheatre - diners can sit, have a drink and a meal, while a concert plays out in front of them. It’s going to be spectacular.”

A true family restaurant which treats a meal out together as something special - now that’s something to look forward to. 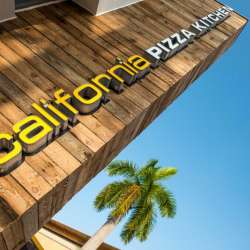 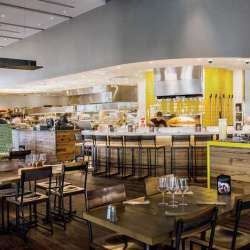 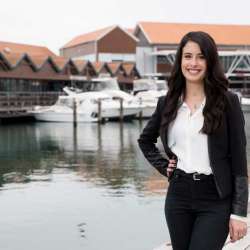 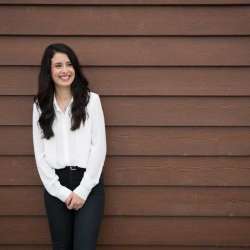 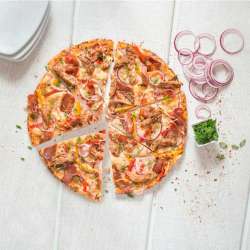 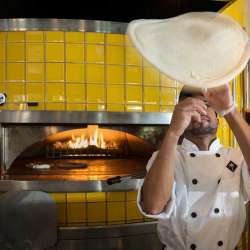 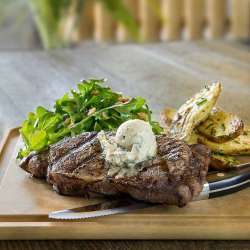 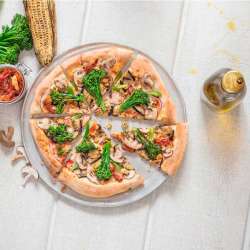 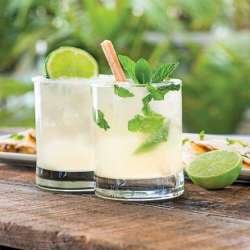 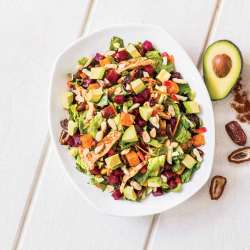 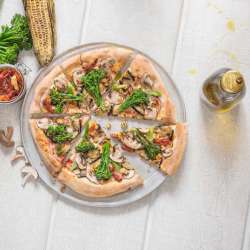 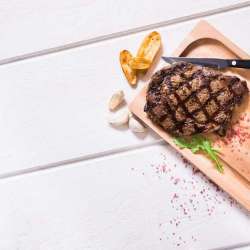 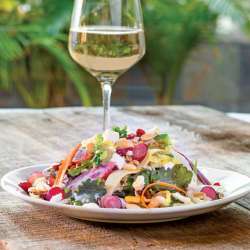 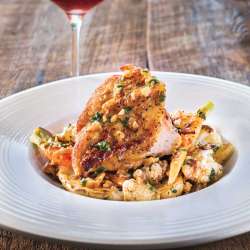