It’s the naughty but nice adults-only carnival of fun - don’t miss SEXPO when it rolls into town says Tori Wilson.

When Sexpo comes to town it’s presence is pretty hard to miss, so it’s very likely you’ve at least heard about it or seen the odd eye-popping advertising flyer.

But for those of you who haven’t yet taken the plunge to attend, now’s your chance to open your eyes to a whole new experience.

It’s hard to pin down an exact description of Sexpo in just a few words as there’s so much going on. Some might say it’s a bit like a ‘no kids allowed’ carnival. But that still doesn’t really cover it.

Acclaimed Australian adult movie star, sex and relationship therapist and Sexpo tour guide Madison Missina has been with Sexpo for 10 years and describes it as a different world.

“Sexpo is an exploration of sexuality and a celebration of the freedom to live different lifestyles,” she says.

“You have everything from the educational side of things provided by sexologists and tantric practitioners; to performers and strippers; to lifestyle products that cater to all preferences. There really is something there for everyone.”

If you’re visiting for a bit of fun and a good laugh, Madison recommends you try out ‘The Shafter’ – the ride that looks like a giant, er, male member (don’t worry, it’s not as confronting as it sounds).

“It’s a bit like a combination between the Batman Returns simulator ride and the opening scene from Look Who’s Talking with the sperm swimming through the fallopian tube,” says

Madison. “It’s all about intercourse. It took me years to try it out but when I finally did I had so much fun.”

If you want to get even more involved and embrace the opportunity to show off the inner you, join in for the Sexy Cosplay competition (the $1,500 prize up for grabs makes it even more attractive).

“I love that we have cosplay at Sexpo now,” says Madison. “Whenever someone puts on a costume or dresses up, a new part of them comes alive and they have an increased level of self-esteem for that moment.”

There’s no need to follow strict rules with this comp. Contestants are encouraged to break boundaries that they can’t in everyday life; to embrace creativity and sexuality through costumes and role playing on the main stage. The only requirement: dress however you want and share why it makes you feel sexy.

There is so much opportunity for fun, games, social interaction and the chance to break out of your shell at Sexpo. But there’s also the chance to be educated on the way sexuality and sexual norms are constructed and confined within the media.

“RAW is educational but also a bit of a protest,” says Madison. My point with RAW is that we’ve gotten to a stage now where female sexuality is everywhere. It’s used to influence the public and to sell products; everything from fast food meals to cars to perfumes.

“The impact of this is that women are starting to self-objectify. Magazines are often teaching women that ‘you may be happy with your flat stomach but is your bum okay?’”

“Something that my exhibit questions is the fact that according to censorship laws, you’re not allowed to publish external genitalia of a woman in any form,” says Madison. “This means that if you’re an outie, you can put your vagina in a magazine but it has to be photo shopped so that you’re an innie. If you’re an outie, according to our Australian classifications, that’s considered obscene.”

Madison has produced artistic photos of herself for RAW to expose that all body types are completely normal.

Through both RAW and as a tour guide, Madison hopes to encourage patrons to embrace their bodies and boost self-confidence with the knowledge that everyone is different and that’s OK

“If everyone could come to Sexpo and walk away feeling a little bit better about themselves and more OK with what’s going on with their sexuality and in their sex lives, then to me, we as Sexpo have done our job,” says Madison.

Whether you’re wanting to be surrounded by an aura of positive body image; to learn about how to improve your relationship; to spice up your sex life; or to just have fun, Sexpo is your chance to do it.

“Sexuality is something that is so inherent in our existence that we tend to shy away from,” says Madison. “We’re all sexual beings, so the fact that for one weekend everyone can just put everything out on the table is awesome.”

Sexpo, Perth Convention Centre from May 5-7. For more info and to purchase tickets, visit sexpo.com.au 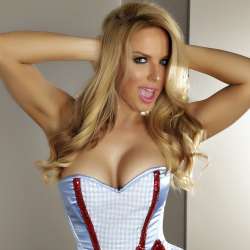 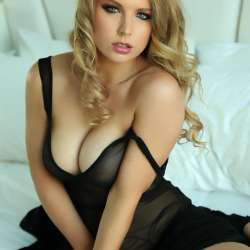 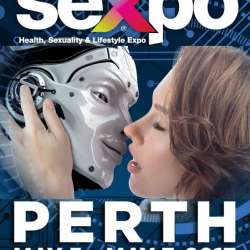