If you’re going to miss out on the Dutch violinist, André Rieu’s, breath-taking annual concert in his hometown of Maastricht, not to worry, the next best thing is just around the corner…

He is known for his energetic and spell-binding live performances, as well as amassing over 40 million album and DVD sales worldwide, and now the world’s leading pop classical artist, André Rieu, has announced his annual Maastricht concert will once again be beamed into cinemas live across Australia in celebration of his 30th year in music.

The Maastricht concert features the maestro in his element, with his famous 60-piece Johann Strauss Orchestra, sopranos, tenors and very special guests.

Tens of thousands of people travel across the globe to experience André’s emotionally engulfing live music, set against the back-drop of the equally as elegant medieval town square.  Fortunately, many more of us will have the opportunity to join in for the spectacle from the convenience and comfort of any cinema.

This is more than just André’s typical concert too. The Maastricht concert for 2017 will hold extra special significance, marking 30 years since André formed the Johann Strauss Orchestra, some of the most talented musicians he could hope to share a stage with. Since founding the Johann Stauss Orchestra in 1987, the orchestra members have grown from twelve members to over 60 people on stage – a testament to their grand success!

Despite the growth of André’s group, the zest for performing has remained the same.

“Although a lot has changed, there is one thing which has never changed: the joy of playing together, whether in a small group or a big orchestra. We are so much looking forward to bringing this joy again this year to your cinema in July.” 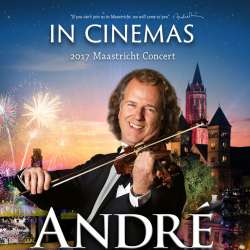 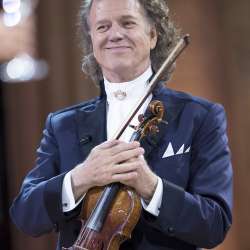 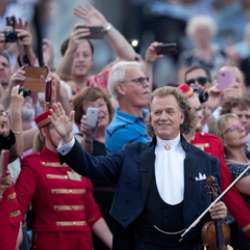