The annual Volvo Scandinavian Film Festival will return to Palace Cinemas to add a kick of culture to the big screens of Perth, reports Tori Wilson.

The region of Scandinavia - culturally comprised of Norway, Sweden, Finland, Iceland and Denmark - has produced some of the most iconic films ever made. From the masterpieces of Ingmar Bergman, to the radical, back-to-basics guerrilla-style filmmaking of the Dogme revolution, to the contemporary and transnational diversity of Nordic cinema. The Volvo Scandinavian Film Festival is just a teaser of what the north side of the globe has to offer.

We’re spoilt for choice with the variety of films available, so I’ll break it down for you slightly. The crème de la crème of the festival picks include; Norway’s official selection at the 2017 Academy Awards, The King’s Choice, based on extraordinary true events during WWII as told from the Norwegians' perspective, Magnus, a vibrant documentary that explores how Magnus Carlesen, the 26-year-old Norwegian, rose to become the World Chess Champion, and In the Blood, which follows a group of young men through a warm, sunny summer in Copenhagen, offering a realistic picture and nostalgic feeling towards a key period in life coming to an end.

Sami Blood is aother of the festivals moving and unique films that had me holding my breath.

Exploring the systematic removal of indigenous Sami children from their parents that occurred in Scandinavia over the nineteenth and twentieth centuries, Amanda Kernell’s Sami Blood wasted no time in enlightening me on Sweden’s gripping cultural history.

The cinematography in this film was phenomenal and easily made me yearn to hop on a plane ASAP and travel to Scandinavia simply for the landscapes (which I suppose is partly the point behind the festival).

Set in the 1930s, we follow the reindeer herder and Sami girl Elle Marja (Lene Cecilia Sparrok, a real-life reindeer herder) whose life begins in these remote beautiful locations until she hungers for more than simplicity. After being forcibly removed from her family and sent to a state boarding school that condemns ‘filthy’ Sami culture and enforces the Swedish language and lifestyle, Elle Marja is tempted into despising her roots and recrafting herself as Swedish.

Sami Blood is a brilliant example of what this festival is all about – broadening perspectives on Scandinavian culture and offering something captivatingly unfamiliar. 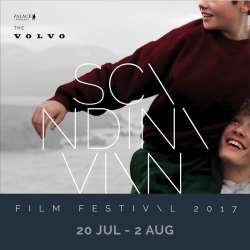 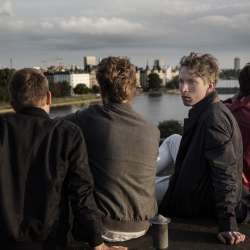 In the Blood
View Image 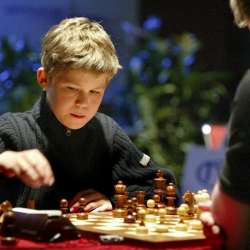 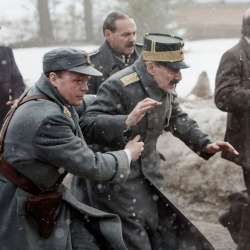 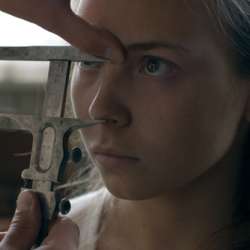