WA’s oldest inland town kicked off its month-long celebrations across the weekend with 10,000 people visiting the charming, historic Wheatbelt town as it came alive with music, art, food, performance, workshops, exhibitions and activities for all ages.

The York Festival program is inspired by the location and heritage of the town, with still much more to come including a medieval fayre and banquet this weekend.  The York Festival culminates on Saturday 14 and Sunday 15 October with the renowned York Festival Maker’s Markets.

Fifty children dressed as lambs tackled a ninja-warrior style obstacle course as they took part in the augural Running Of The Lambsat York’s Peace Park as part of the 2017 York Festival.

Prizes were awarded for children dressed as the most glamourous lamb, best-dressed lamb, best Superhero lamb, cutest lamb and fastest herd to complete the course.  Two enthusiastic teams of parents took to the course at the end of the event which has inspired organisers to consider an adult version in the program next year.

One of the most popular offerings was the night walking tour of horror which had 80 people joining tour guide Rob Garton-Smith as he guided them through 200 years of York’s colourful past.

Festival Director Jenny Garroun said that York was bustling with action and they were delighted to welcome so many visitors to York.

“We thank all those visitors who attended the York Festival 2017 opening weekend – it was glorious weather and the town was bustling with atmosphere.”

“Our attendance at the festival was trebled from 2016 and surpassed all our expectations, and still a plethora of program activities ahead,” she said.

Offerings still to experience in the 2017 York Festival program include:

MEDIEVAL BANQUET– FRIDAY 23 SEPTEMBER, 7pm.  Hosts Elaine and Brian at Settler’s House York will host a gathering of knights and damsels for a traditional medieval banquet.

ACT-BELONG-COMMIT MEDIEVAL FAYRE – SATURDAY 24 SEPTEMBER FROM 8AM – 4PM at Pioneer Avon Park. Adult entry $5 and children free with proceeds to the homeless.

ASPECTS OF YORK REVISITED – 7 OCTOBER TO 19 NOVEMBER.  An exhibition of 1987 works of York buildings, people and landscapes by renowned West Australian artist David Gregson at Gallery 152.  Reminisce on the cultural life of York of a time now past. York streetscapes, landscapes and its cultural life, including horse races and contestants in the infamous Flying 50s vintage car race, once one of York’s major events.

ACT-BELONG-COMMIT YORK SOCIETY’S ART & CRAFT AWARD – 7 OCTOBER TO 15 OCTOBER. This annual award offers $9500 in prize money with one award given in Art and one in Craft categories, awarded to entries that best depict “space”.  See the exhibition at the York Town Hall, entry by gold coin donation.

THE YORK FESTIVAL MAKER’S MARKETS – 14 & 15 OCTOBER which includes a Twilight Market on Saturday 14 October from 4pm through till 9pm. Licensed bar area, food and live music and pure country air will make your maker's market experience a memorable one.  The markets offer quality hand-crafted arts, crafts and other items that are one of kind.

DAVID GREGSON ART TRAIL – 14 & 15 OCTOBER.  This walking trail is a celebration of one of WA’s most highly regarded figurative painters.  Trail the beautiful heritage buildings of York that David painted during his field trips to York in the 1980’s including Bygraves Cottage, the York Town Hall, the Imperial Hotel, the Motor Museum, the York Post Office, the Courthouse, Settlers and the Anglican Church.

YORK CONVERSATIONS EXHIBITION – TO 15 OCTOBER a slice of life featuring the people of York, upstairs at the town hall (free entry).  This exhibition celebrates memories and reminiscences York’s contemporary history.

YORK WALKING NIGHT TOUR OF HORROR –SATURDAY 23 SEPTEMBER, 5PM - delve into York’s ghostly past as you visit the historic buildings of York and their 200 years of tales of horror, intrigue, unrequited love, beheadings, burnings, drownings, suicides, murders, horse fatalities and other dreadful accidents.

THE GREAT GOLD HUNT – DAILY TO 15 OCTOBER - use a map to take your own treasure hunt around York using clues, a tribute to the gold rush history of York

York is an easy one hour drive east of the Perth CBD, off the Great Southern Highway.  Nestled on the banks of the Avon River in the West Australian Wheatbelt, the district offers unique insights into Western Australia's rich and colourful past, both before and following European settlement in 1831.

The York Festival activities and exhibitions take place throughout the town in many of the town’s historic landmark buildings which will host exhibitions and entertainment, including the York Town Hall, Old York Courthouse, the Troopers Yard, Peace Park, the RSL, CWA and the Sandalwood Yards.

ABOUT THE YORK FESTIVAL

York is renowned for embracing its cultural heritage, natural environment and landscapes with all forms of art.  At the 2017 York Festival there are many offerings for artists and art-lovers alike, celebrations of York’s indigenous heritage, family events, and the launch of a country music event.  This year for the first time, festival exhibitions will be a month-long, culminating on Saturday 14 and Sunday 15 October with the renowned York Festival Maker’s Markets.

The York Festival is run by an incorporated association, York Arts & Events Inc.  The Festival was established in 2014 as The York Bazaar art & craft market.  In 2016 it became The York Festival and remains today a true community celebration of culture and arts.

Entry to most Festival events is FREE or by gold coin donation, except for particular ticketed events.  There is Wheelchair access available at all venues.  Parking is free within York.

For full program information visit:  http://www.yorkfestival.com.au and sign up to the newsletter for updates. 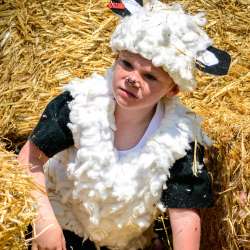 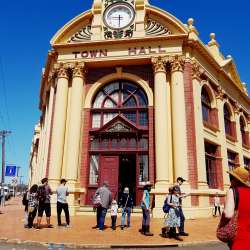 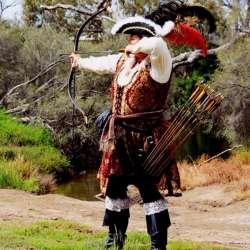 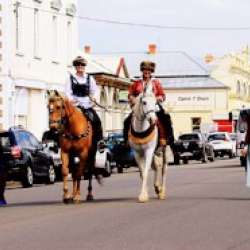 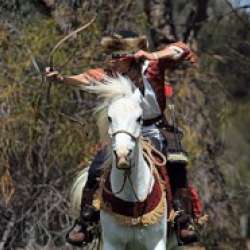