Nicole Millar’s debut single Tremble is hardly off the cooler radio stations’ playlist and there’s plenty more where that came from.

PL: Tell us who you are and what you do.

NM: I perform as Nicole Millar which just so happens to also be my name. I’m a singer and songwriter from Sydney. I was born in Canada and then I moved to Australia when I was seven. I grew up loving music but I was always singing behind closed doors because I was too shy. When I was in Year 8 I moved to a performing arts school and it really helped with my confidence. I write electronic music and I started off by doing everything I could. Producers I met online would send me beats and I would write to them, record them and send the stems back to them without even meeting them and then the song would be finished. After having success with a few collaborations I decided it was time to work on what I want to do as an artist. So recently I’ve been traveling around the world working with producers from here and there to hone in on my sound. I would say I’m really influenced by RnB and pop music.

PL: What do you sing in the shower?

NM: I drive a lot when I’m Sydney so I’m always listening to the radio. Because of this I always get top 40 songs stuck in my head. It’s not my fault. They are just so catchy, haha.

PL: Who are your musical heroes?

NM: I grew up listening to Destiny's Child. I actually went to one of their concerts and it blew me away. I’ve always listened to lots of RnB and pop. I’m not afraid to say I love pop music. My guilty pleasures would have to be Justin Bieber, Rihanna and Ariana Grande, they sure know how to put on a show, but I’ve got to give it to Drake. He never disappoints.

PL: What’s on your Spotify/iPod playlist at the moment?

NM: I’ve actually got a public playlist on Spotify called ‘Tunezzz.’ Haha, don’t ask. But I regularly update it with what I’m loving. You can find songs from Jack Garratt, Rejjie Snow, Kali Uchis, Elijah Blake, Bryson Tiller and a whole heap of people.

PL: Who would be your dream musical mentor or collaborator?

NM: I used to always answer this question with The Weeknd because he’s amazing, but I think now I’d love to write with someone like MO or even Kali Uchis.

PL: Tell us about your new release.

NM: I’ve been working on my EP for over a year. I wrote around 20 demo ideas and I sat down with my team and we narrowed the list down to around 10 favourites which we then finished them up to a final demo level. It took a long time trying to find the right producer for the sound I wanted for this EP. When I went to The States mid 2015 I met Dan Farber and we really clicked. It was then we wrote Tremble in just one day. Dan later flew to Australia to help me finish the Tremble EP.

PL: What do you love about Perth/WA?

NM: To be honest I haven’t had much time to explore Perth. Every time I’m here I’m either in a venue or in a studio. So far I’m loving the people, fashion and musical taste of the locals. There are are so many talented musicians in Perth, I love coming here to work with them.

PL: What are you looking forward to most?

NM: This year I’m looking forward to touring as I took last year off doing my own shows and just featured on other artists' tours. I’ve got my first ever Nicole Millar headline tour in April and I’m really nervous and excited about it. I’m also working on new music exploring different sounds and styles so that’s exciting too.

PL: How would you sum up your fashion style?

NM: I guess I just wear what I’m feeling that day. It’s normally quite comfy, haha. Lately I’ve been going for a sporty look. I wear crop tops, overalls, sneakers, bomber jackets. My style icons are Rihanna and Bella Hadid. I like to wear things that are sporty but still have that feminine side. 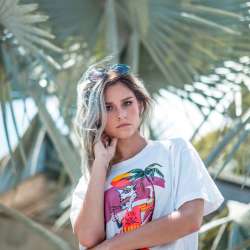 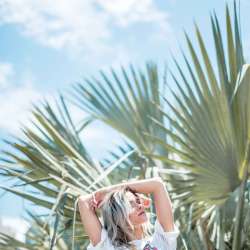 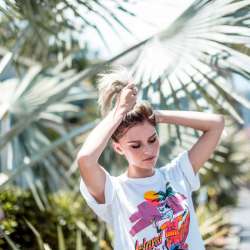 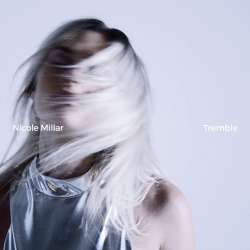