Here's the gen on the local songstress about to hit the big time.

PRIMOLife: Tell us who you are and what you do.

Ruby Boots: I’m Bex Chilcott and I’m a singer songwriter and performer that goes by the name Ruby Boots.

PL: What do you sing in the shower?

RB: Usually a Dolly Parton song. I really only feel like I can have a go at singing Dolly in the shower when no one is listening, her voice is incomparable and I like to just go for it. Half the essence of singing is the trust you place in yourself to make the notes.

PL: Who are your musical heroes?

RB: I have so many musical heroes. Some of the big ones are Lucinda Williams, Bob Dylan, Ryan Adams, Jackson Browne, Patty Griffin. I also consider my peers who are out there on the road doing it and working really hard to be my heroes.

PL: What’s on your Spotify/iPod playlist at the moment?

RB: At the moment I am listening to the new Shovels and Rope album Swimming Time. Also Ryan Bingham’s new record Fear and Saturday Night has just come out and it’s incredible, all killer! I’ve gone back in time and down a Linda Ronstadt rabbit hole these past couple of months too.

PL: Who would be your dream musical mentor or partner on a single?

RB: I’ve had the pleasure of working with some of them already, which is lucky. I have a duet with Jordie Lane on my forthcoming album and my first single off that album, Middle Of Nowhere, was written with and features Vikki Thorn (The Waifs). Both of them are really special collaborators. If I was to look at my bucket list in Australia though I love pretty much everything Henry Wagons does and then some - he’d be on the top of the list over here.

PL: Tell us about your new single, Wrap Me In A Fever.

RB: Wrap Me In A Fever was written a couple of years ago in my favourite cheap hotel room in Newtown, Sydney, while on the road. I was pretty miserable and broken-hearted at the time and was really happy to have had the day off to go off and write it. It was one of those “release/therapy” songs, the kind that help you resolve something in order to move on. I remember feeling really exposed and vulnerable that day and wanted to address how that could make any one of us feel at any given time, which is the essence of the song.

PL: What do you most love about Perth/WA?

RB: I love the beaches! There’s no other coast in the world that I really feel like I am at home on, its entrenched familiarity represents home for me. I can’t count the amount of times that I get back to WA and walk along the coast and feel like the luckiest girl alive.

PL: How would you sum up your fashion style/look?

RB: I guess it’s a lil’ western-wear mixed with a lil' rock n roll. I’m a sucker for a good western shirt, a tidy bolo (neck tie) and a sweet pair of boots, but I like to mix it up, wear it with a rock edge. I just picked up a sweet vintage Levi’s denim jacket in Nashville, it’s incredible. It has hand-embroidered design across the front and back shoulders and a couple of rhinestones to keep it a little bit country. Top score and my new favourite item in my wardrobe (or suitcase to be exact). 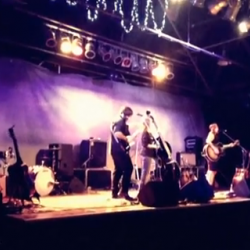 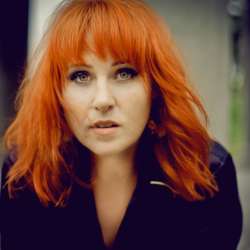 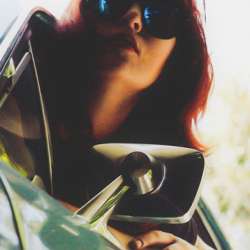