PL  Tell us who you are and what you do.

T My name is Toby and when I grow up I want to be a famous rock-star! I am someone who is lucky enough to be making a living from my main passion - music. My family is everything. I live every day with the unknown future of Mitochondrial disease (genetic in my family). I married the love of my life Amy two years ago. We have the most beautiful son in the world, Angus-James. I meet amazing people all over the world and get to connect through music. I have awesome band members who are also my best friends. I spend way too much time in vans. I love soy-lattes with honey. I love camping. I love travel. I love German audiences. I am a Dutch citizen. I love the Dutch. I love that Australia is my home.

PL What do you sing in the shower?

T These days a lot of childish made-up songs since I am mainly showering with my one year old boy Angus. Other than that, I don’t seem to sing much in the shower, it’s kinda my down-time in some weird way.

PL Who are your musical heroes?

T I’d have to say Michael Jackson just for being such a genius. Plus Freddy Mercury for writing such incredible music and creating what he did with Queen. John Lennon for his inspiration lyrics and messages to the world. And Glen Hansard for making me cry in the first few minutes of his show at Blues Fest.

PL What’s on your Spotify/iPod playlist at the moment?

T The Waifs' new album, Paul Kelly, nursery rhymes that do my head in, Head and The Heart, Paulo Nutini, Edith Piaf.

PL Who would be your dream musical mentor or collaborator?

T Can I choose one dead and one alive? Roy Orbison and Glen Hansard from Swell Season.

PL Tell us about your new release.

T My new album Nobody Told Me, was recorded at Bear Creek Studio in Seattle with acclaimed producer Ryan Hadlock (best known for his production work on platinum selling album The Lumineers, by The Lumineers and Vance Joy’s latest album) and engineer Jerry Streeter. I was very honoured to work with the likes of Portland-based Joe Plummer (Shins, Modest Mouse and Cold War Kids), Josh Neumann on cello (Brandi Carlile, Macklemore and Ryan Lewis) and The Shins bassist Yuuki Matthews. The recording process was amazing. I slept in a little cabin in the woods right next to the big wooden studio. I would wake, eat my brekkie and have an extra strong coffee and we would work 12-14 hours a day. I lived and breathed the album. It’s fairly country-like with some very honest songs in there, and a whole lot of fun thrown in too. I’m really proud of it.

PL What do you love about Perth/WA?

T The incredible weather of course. The fact that my family and friends are based here so when I come home, it’s really home. I love the Freo markets, Sunday morning yum cha in Northbridge, our beautiful beaches, Fringe Fest, local awesome bars and the fact we are a three hour drive away from Yallingup.

PL What are you looking forward to most this year?

T  I always look forward to festivals. We have a few goodies booked for next year – Nannup Music Festival in WA, Skagen Festival, north of Denmark, Womens Red Rock Festival (Torrey, Utah, USA) and Sunshine Music Festival (BC, Canada). Plus a bunch of touring around Europe, Canada and Australia. And of course, recording a new album!

PL How would you sum up your fashion style?

T I love wearing clothing by local designers on stage like Empire Rose – they have such an edge to their designs. In my day to day life I am fairly casual (I am a pants girl, not a dress girl) but on stage I definitely like to ‘rock’ up my outfits. 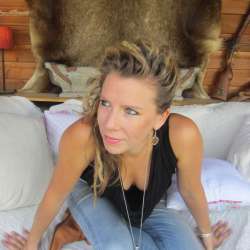 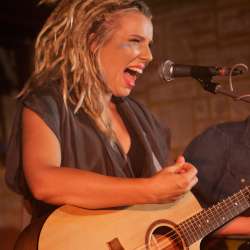